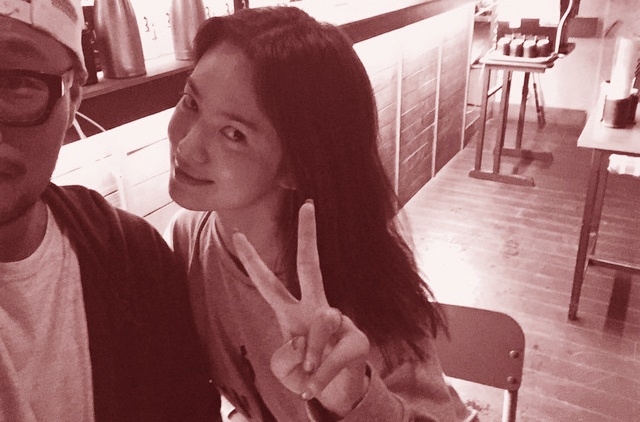 Song Hye Kyo and Hyun Bin have dated for two years after starring in a drama together. They broke up in 2011 as the actor enters the army and today, it was rumored that the pair has rekindled their romance.

Song Hye Kyo married Song Joong Ki in 2017 but they called it quits just after 20 months of marriage. For Hyun Bin, he has never been married and there was no news that he dated someone again, at least not anyone that the public knows about.

Now that both are single, there were news articles that insist the former couple has reunited and romantically involved once again. It all started when fans became suspicious when one of Song Hye Kyo’s friends, Park Sol Mi, uploaded a screenshot of the actress and Hyun Bin’s “The World They Live In” drama soundtrack that was released in 2008.

Song Joong Ki’s ex-wife commented “Sister…Hahaha” and soon, Sol Mi closed off the comment section. The sudden move was interpreted by fans as an indication that Hye Kyo and Hyun Bin may really be dating again.

This news have been going around for quite a while now and Koreaboo reported that this is also a popular topic in Chinese social media sites and discussion portal sites like Weibo. It was even claimed in those sites that Song Hye Kyo and Hyun Bin are already living together.

Since the rumors are getting bigger already, the respective agencies of the two superstars have issued statements to address the allegations once and for all. Both United Artist Agency and VAST Entertainment denied that Hye Kyo and Hyun Bin are back together.

“This is not the first time that Chinese media outlets have released random and unfounded news articles,” Soompi quoted the actress’ agency, UAA, as saying in a statement that released last week. “These media outlets often make up things in their own imagination.”

On Hyun Bin’s side, his agency simply wrote that the dating rumors that are being spread in China are not true. Meanwhile, UAA revealed that Song Hye Kyo has been looking into possible projects for this year so there’s a chance that fans will see her again in a new drama or movie.