Shot or poisoned? Does the choice of Trump or Cruz really matter? 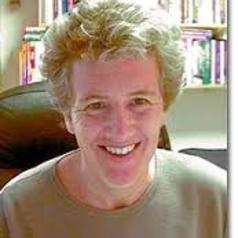 When asked to choose between the candidacies of Donald Trump and Ted Cruz, Lindsey Graham, a Republican senator from South Carolina, remarked,

It’s like being shot or poisoned. What does it really matter?

But, in fact, it really does matter for the Republican Party.

Based on a survey taken before the Iowa caucus, voters see Cruz as the most orthodox neoconservative candidate on issues such as trade liberalization, taxes and shrinking the role of government. Simultaneously, he represents a slightly less authoritarian choice. By contrast, Trump is seen as taking a more moderate economic stance on trade and taxes, but a more extreme position on authoritarian values.

Most importantly for the electoral fortunes of the GOP, both candidates are located some distance away from the position of the median American voter.

Clearly, candidate positions evolve. Nominated candidates usually pivot toward the center in the general election. Nevertheless, candidates are often unable to ditch the image about their positions which were first formed in the public mind during the primary season.

If there is a contested Republican convention – a prospect which looks increasingly unlikely – delegates will probably support a candidate based on their positions and who is regarded as the least-bad electoral risk.

Two rival interpretations about the basis of support for the candidates are commonly heard. Let’s consider both:

Numerous commentators regard both Trump and Democratic presidential candidate Bernie Sanders as economic populists with strongest support among those who are economically struggling and dissatisfied with growing social inequality.

Economists like Dani Rodrik blame globalization for rising populism and the politics of anger. In this thesis, blue collar and less educated voters have grown weary of growing income disparities, stagnant or falling wages, lack of corporate accountability for the 2008 financial crisis and the continued exodus of manufacturing jobs overseas. Researchers at The Hamilton Project found that American men without a college degree, in particular, have fared poorly in loss of real wages since 1990.

Washington Post reporters Max Ehrenfreund and Scott Clement found that Republicans worried about maintaining their economic situation are more likely to support Trump. It is thought that anti-establishment pitchforks are directed against both parties because Congress is perceived to continually promise job growth and rising living standards while in practice kowtowing to corporate donors, favoring trade liberalization and expanding tax loopholes for the rich.

From this perspective, Cruz provides an extreme version of Reaganesque economic orthodoxy on free trade, while Trump has trampled upon these neoconservative nostrums, such as by suggesting taxes on Chinese imports.

Likewise among Democrats. Sanders' appeal to white, younger voters is often attributed to his progressive economic mantra of tackling income inequality, cleaning up campaign finance, reducing student debt and taking on Wall Street. His campaign has been a one-note angry shout for the “have-nots” against the “haves.” Hillary Clinton’s speeches have gradually tacked closer to Sanders on these issues, although she is saddled with her husband’s legacy of NAFTA.

The alternative argument suggests that popular support for Trump taps most deeply into a cultural backlash, rather than any economic issue. In this view, authoritarian populism in the U.S. and other Western democracies has been driven most strongly by cultural values. Trump’s rhetoric stirs up a potent mix of racial resentment, intolerance, American First nationalism and isolationism. It emphasizes mistrust of outsiders, misogyny and sexism, attack-dog politics, and racial and anti-Muslim animus.

Racial politics are clearly part of this witch’s brew. Nat Cohn found that support for Trump was strongest in areas with measures of racial animosity. Survey data point toward the same conclusions. Jason McDaniel and Sean McElwee have shown that racial animosity is a critical driver in Trump’s support.

Taking up this broader theme, Matthew MacWilliams in his research found that support for authoritarian values was one of the best predictors of Trump’s support.

Trump’s willingness to trample upon “political correctness” is thought to be catnip for less educated, older, blue collar Americans. This group finds themselves stranded like fish losing oxygen in a shrinking pool on the losing side of cultural tides, powerless to push back against long-term social evolution transforming the diversity of peoples and values in the United States. Meanwhile, Trump’s speech is anathema to civil discourse among educated liberals and establishment Republicans like Jeb Bush and Mitt Romney.

For evidence of which interpretation is right, we can dive into the American National Election Study, conducted in January 2016, just before the first votes were cast in the Iowa caucus.

The survey of 1,200 American citizens monitored candidate preferences by asking “Regardless of whether you will vote in the Democratic primary this year, which Democratic candidate do you prefer?” An equivalent question was asked for Republican contenders.

This does not imply that sympathizers necessarily cast a primary ballot for these candidates. Rather, the questions tap into overall favorability toward the candidates before the first vote was cast.

The position of the candidates can be assumed to reflect that of their sympathizers. These positions can then be compared with the median voter.

What does the NES survey say about the economic issues interpretation of candidates' appeal?

The chart above shows two classic indicators of these positions in the survey, including where supporters of each candidate placed themselves on the liberal-conservatism scale and whether they favored less or more government services and spending.

The evidence suggests that among Democrats, both Clinton and Sanders sympathizers saw themselves as liberal and favoring an expansion of government services and spending. Surprisingly, Clinton supporters were slightly more left wing than Sanders supporters.

Among Republicans, those most favorable toward Jeb Bush placed themselves remarkably close to the Democrats. Supporters of the other Republican candidates were all on the right of the median voter. Most supporters of the GOP candidates were fairly close to the median voter – with the exception of those most sympathetic toward Trump and Cruz. Cruz supporters were the most extreme and farthest from the average American on economic issues.

What does the evidence say about the appeal of authoritarian values in America?

The chart above taps into social tolerance (how favorably respondents felt toward Muslims) and attitudes toward authority (how favorably they felt about the police).

The results provide a perfect snapshot of the range of choices on cultural values in the 2016 primary campaign. As expected, Sanders sympathizers show least support for authoritarian values. They are followed by Clinton supporters, who were closest to the mainstream position of the average American.

By contrast, supporters of most of the Republican candidates clustered together as more favorable toward these authoritarian populist values. Bush sympathizers were predictably more liberal than those of Cruz.

The most striking outlier concerns supporters of Trump, who displayed the strongest sympathy toward authoritarian populist values. This reinforces the notion that his distinctive brand of populism strikes a chord among less educated and older voters, who regard social diversity as a threat to traditional American values.

These factors continue to predict favorability toward Cruz and Trump even after controlling for other factors associated with political attitudes and electoral choices, including the age, gender, race, education and income of voters.

With Trump versus Cruz, the GOP faces a Hobson’s choice between two types of extremes. Which is the riskier bet for the future of the party – and indeed for America and the world?

Cruz’s support now appears to be lagging, while Trump has surged in recent primaries, so Trump may get a majority of delegates in the first round at the Republican convention. If the contest goes into a second round, however, the answer for Republican delegates probably depends upon whether they are most fearful of the dangers of authoritarian populism or neoconservatism.

Pippa Norris, ARC Laureate Fellow, Professor of Government and International Relations at the University of Sydney and McGuire Lecturer in Comparative Politics