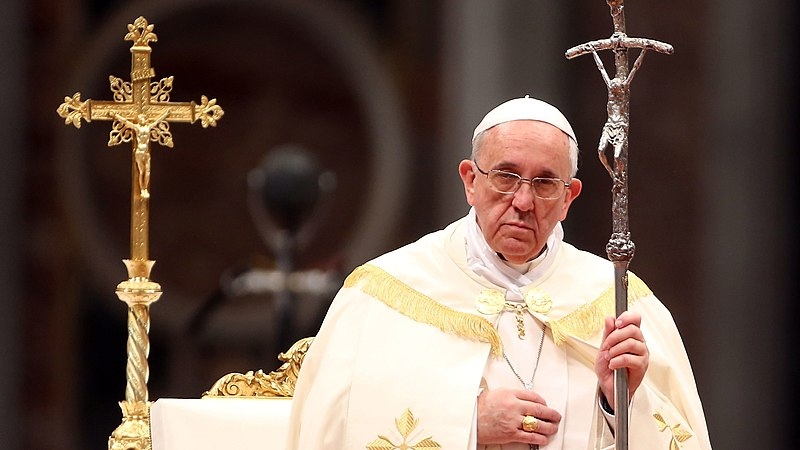 The latest deadly incident in Russia’s war with Ukraine was its missile strike on a shopping center in Kremenchuk. Pope Francis recently condemned the strike that killed over a dozen people, calling it the latest in Russia’s string of “barbarous” attacks.

The Pontiff Wednesday condemned the Russian missile strike on a shopping center in the Ukrainian city of Kremenchuk. Authorities said around 18 people were killed in the attack that took place Monday, and at least 60 people were injured.

“Every day, I carry in my heart dear and martyred Ukraine, which continues to be flagellated by barbarous attacks like the one that hit the shopping center in Kremenchuk,” Pope Francis told the crowds in St. Peter’s Square as the church celebrated the feast days of St. Peter and St. Paul.

“I pray this mad war can soon end and I renew my appeal to persevere without tiring in praying for peace,” said the Pontiff. “May the Lord open those paths to dialogue which men either do not want or not able to find. May they not neglect to help the Ukrainian population, which is suffering so much.”

Russia’s defense ministry claimed it hit a legitimate military target and that the shopping center was vacant.

The war Russian dictator Vladimir Putin is waging on Ukraine is in its fourth month, and Putin said Wednesday that Moscow will issue a response should the NATO alliance set up infrastructure in Finland and Sweden after they join the military alliance.

Putin added that relations between Moscow, Helsinki, and Stockholm would ultimately sour when the two neutral countries decided to join NATO.

Putin’s comments follow the move by NATO member Turkey to lift its veto over Finland and Sweden’s bid to join the alliance, clearing the way for membership after the three countries agreed to protect each other’s security.

The Russian dictator reiterated the objectives of what he called a special “military operation” in Ukraine, that its goal was to “liberate” the Donbas region that was occupied by pro-Russia separatists. Putin added that there was no need to set a deadline for the so-called military operation.