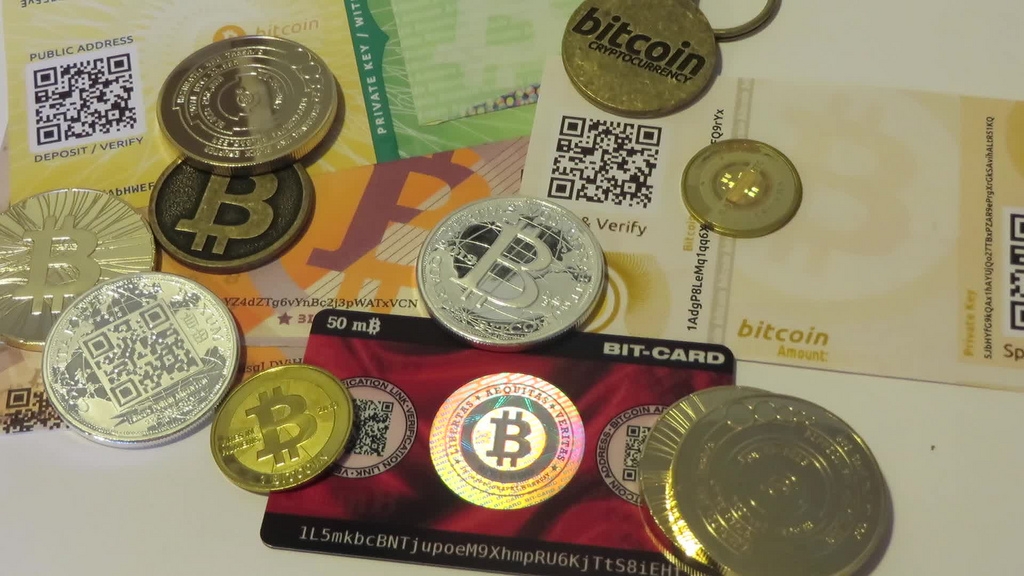 There has been a lot of talk in foreign policy circles of the coming post-American world – in which the international system will transition from a unipolar to a multipolar system. But, as we currently stand, the US remains unquestionably the foremost power of the contemporary system.

Much of this perceived power is built on its position at the heart of the international trade and finance system. It’s not the rise of another powerful state that could disrupt this. Instead, it is the rise of a new system of finance, trade and technology, in the form of cryptocurrencies that could subvert US power.

Yes, China continues to rise, both economically and militarily, at an incredible rate. And India, although some way off, is experiencing a similar power trajectory. Russia too has experienced a resurgence under Vladimir Putin, reclaiming its position as an important global power, as evident by its role in the ongoing Syrian civil war.

But neither China, India, nor Russia has anywhere near the power the US does right now. Whether it is hard power or soft power, the US has significant advantages over the nearest challengers.

In addition to this, the US arguably gains added insulation from decline from being the kingpin of international trade and finance. Not only is the US home to most of the world’s important corporations and ongoing technological advances, the US dollar remains the unchallenged global reserve currency.

Whether the US’s dollar hegemony is a blessing or a curse has long been a hotly debated topic. Materially, there are some clear advantages and some clear disadvantages to the US when it comes to its international political power.

Arguably, what is more important than the material benefits is that the perception of American power from its privileged international trade and finance position is widespread.

Even China, which for some has a huge advantage over the US in the current system because it holds large quantities of US dollars, has still been attempting to internationalise the yuan as a challenge to the US’s dollar hegemony.

The US’s perceived financial clout is likely to face significant challenges in the near future. It may come from China’s continued economic rise or the European Union sorting out its perpetual messes. But pressure could also be generated by the incredible growth of cryptocurrencies, such as Bitcoin.

Unlike the attempts of other large powers, such as China, to replace the dollar with an alternative state-based currency, cryptocurrencies offer a promise of a decentralised, non-state option for a global reserve currency. This would undermine the US’s current centralised international financial power.

Plus, because the major cryptocurrencies are not issued or directly controlled by any state, they are seen as more politically neutral than any of the current options. Their non-inflationary – or even deflationary – design might even make them a better store of value than the US dollar.

As cryptocurrencies increasingly capture the imagination of people, corporations, and states – a process which is already occurring on a truly global scale – the perception that the US has unbreakable financial power will wane. This could help open the floodgates towards the adoption of a cryptocurrency as the global reserve currency.

In economic terms, the replacement of the US dollar with some kind of a decentralised digital currency would obviously reduce the influence that the US’s financial institutions have on the global political economy. It would also drastically increase its costs of borrowing. This would make the US’s currently heavily indebted position untenable, removing any relative advantage it currently has.

The flow-on effects of this, from an international power perspective, would be that the US would lose some of its ability to exercise effective economic statecraft – such as sanctions, embargoes and freezing of assets.

Also, over time, the US’s prestige of being considered the unequivocal global financial leader would diminish. It would therefore lose some of its insulation from the process of broader decline as other powers rise.

Paradoxically, given how it could hinder US power, the US is actually among the fastest adopters of cryptocurrencies to date. Despite some strong federal-level resistance, some US states have made it legal to pay taxes in cryptocurrencies.

Its tech hub, Silicon Valley, is also home to many of the important ongoing advances related to cryptocurrencies, making the US something of an unwitting epicentre of the current revolution.

Of course, cryptocurrencies are not without their problems. Many have grown into massive speculative bubbles that are extremely sensitive. Recently, based on fears of a looming ban on adverts by Google, the value of all the world’s cryptocurrencies dropped by more than US$60 billion in a day.

But, as commodities expert Dominic Frisby points out, even if a collapse happens, the usefulness of the technology pioneered by the cryptocurrency boom will remain. Consequently, cryptocurrencies, in some shape or form, are here to stay. And because of this, their potential subversiveness to US power will remain.