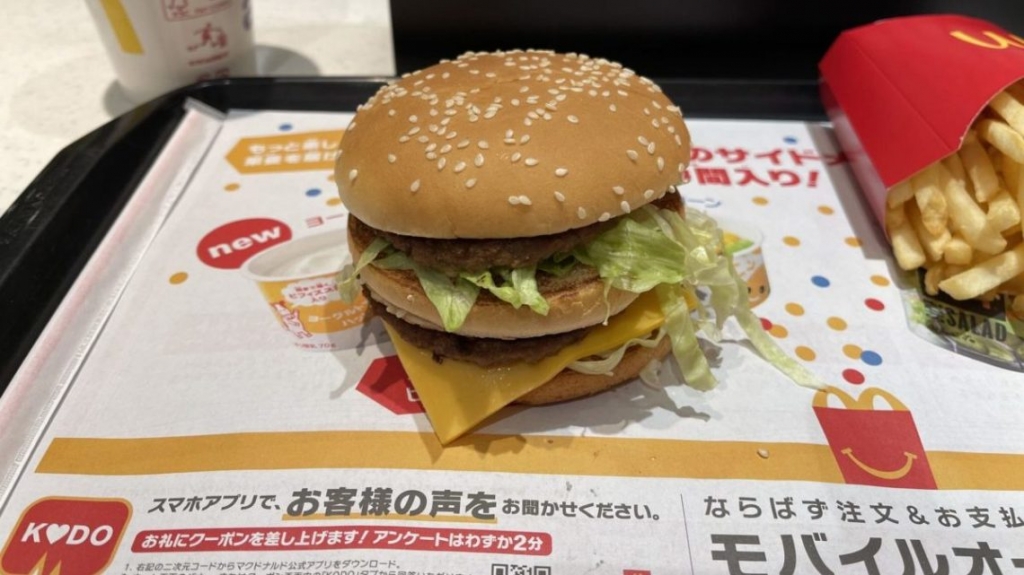 In comparing McDonald's menus from around the world, NiceRx looking at their most popular items like the iconic Big Mac, French Fries, and Chicken McNuggets.

Research conducted by NiceRx found that the calories, saturated fat, and salt in McDonald's differed slightly in different countries, with Japan having one of the most 'calorific' McDonald's in the world.

In comparing McDonald's menus from around the world, NiceRx looking at their most popular items like the iconic Big Mac, French Fries, and Chicken McNuggets.

Australia ranked at number nine in the top 10 countries

Japan scored first place on the top ten list with the highest calories in popular McDonald's foods with 989 calories.

Israel was named as the country with the lowest calorie count out of the meals reported with 729 total calories in their big three items.

But the results could differ if other food items at different McDonald's around the globe are included.