US President Donald Trump, administration officials to attend CPAC over the weekend

Remain Alliance – can it halt Brexit and beat Boris Johnson? 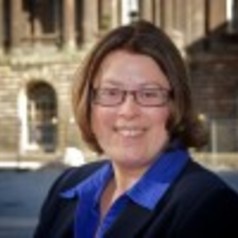 This week’s by-election in Brecon and Radnorshire will be the first formal test of the so-called Remain Alliance. The unusually short list of candidates in this contest is partly because parties such as the Green Party and Plaid Cymru, have stood down in favour of the Liberal Democrats. Campaign visits have also been made by those who originally formed Change UK, such as former Conservatives MPs Anna Soubry and Heidi Allen.

It is rare in British politics for parties to stand down in favour of their usual competitors. And while this isn’t the first occurrence, or the first initiative, the Brecon agreements could well lead to something more formal. A little earlier in the summer, former Change UK (now Independent Group for Change) leader Heidi Allen launched Unite to Remain. The idea is for Remain-supporting parties to work together to maximise the chance of electoral, and therefore policy, success. This would include the use of a common title or strapline to make the point.

There have been attempts to achieve a common purpose in the past. The 2017 general election, for example, saw the promotion of the so-called Progressive Alliance (of which more later). But what marks out the latest attempt is the move to register a name and logo (Remain Alliance) with the Electoral Commission. Current electoral law means that ballot papers can only include registered names and logos (or the word “Independent”).

To understand whether or not the current initiative can succeed, it is worth looking at cross-party cooperation, or the lack of it, in the past.

British politics is usually very tribal. This tribalism has meant that past efforts at cooperation have generally been motivated by negative factors, such as a desire to defeat a particular party (usually the Conservatives).

But the nature of the electoral system also means that tactics could trump tribalism. In a first-past-the-post system, which is used for UK parliamentary elections, a horse-race narrative often develops. It is in the interests of a challenger party to appear as the only participant with a chance to overtake the favourite and win.

This in turn means supporters of lower placed, unlikely-to-win parties are targeted to “lend” their votes to defeat a less-preferred option. This has given birth to idea that only certain parties are worth supporting.

Resistance, however, can come from the candidates and activists of those lower-placed parties. While the Green Party did stand down in favour of the Liberal Democrats in the 2016 Richmond Park by-election when the Lib-Dems successfully took the seat from Zac Goldsmith, for example, parts of the local Green Party felt very aggrieved and voiced their annoyance quite publicly. This in turn means that cooperative arrangements are often rare.

Who wins, and loses?

It can be very difficult to negotiate cooperation, particularly when one party will feel it is losing out. Anyone who thinks this is easy needs to look further into the SDP-Liberal Alliance.

The SDP was formed in 1981 and almost immediately began working with the existing Liberal Party. The idea was that one of either party would contest each parliamentary seat. This was generally achieved, but only after tortuous negotiations which rather ruined the image of cooperation and which are well described by participants such as the then MP, now Lord, Bill Rogers and the authors Ivor Crewe and Anthony King.

In fact, the Croydon North West by-election in 1981 was fought by the Liberal Bill Pitt – rather than by the leaders’ preferred option, Shirley Williams – because Pitt simply refused to budge. Pitt went on to win.

Of course, parties do not need to be working together explicitly for voters, or organisations, to urge tactical outcomes. While tribalism has a long history in UK politics, so too do attempts to persuade voters to make tactical decisions.

TV87, for example, referenced in an article in Political Behaviour, was a campaign set up to focus voters’ minds on the possibility of lending votes in the 1987 election. And it became common for publications and campaigns to produce lists of seats where incumbents were vulnerable to temporary tactics.

The current initiative, which goes well beyond leaving decisions to voters alone, can perhaps best be judged against more recent projects. The 2017 general election saw the promotion of the so-called Progressive Alliance. The thinking was that Progressive parties (generally centre-left or left wing) could stand down for each other in seats where this might help defeat a Tory, or assist a vulnerable Progressive incumbent. The book All Together Now by Barry Langford lists 42 seats in which this happened, but it was not always successful and it was only really the Green party which played a full part.

So can the Remain Alliance work?

The Brecon and Radnorshire by-election result may provide part of an answer, although we need to remember that this has been a Lib-Dem seat in the past and the party has been campaigning there for some time (in other words, the cooperation between parties may not be the crucial factor here).

Perhaps more telling will be any negotiations ahead of the forthcoming Sheffield Hallam by-election as well as what happens when more than one party has a justifiable claim to stand.

The big issue, however, must be Labour’s role and how one can define a Remain party. Labour played no active part in the 2017 Progressive Alliance, so what would the Remain Alliance do if Labour was the clear challenger to the Conservatives, or Brexit party, in a tight contest? Only time will tell, but the answer hangs on whether or not Jeremy Corbyn ever comes out as an unequivocal supporter of either Leave or Remain.