Will AI Replace Our Human Jobs?

What Are People Looking For From Their Casino Experience in 2022?

Top 5 destinations in New Zealand to visit in summer 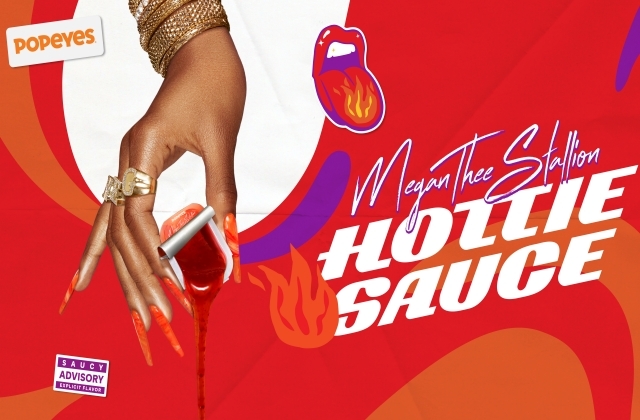 Popeyes Louisiana Kitchen, the American fast-food chain that is famous for its fried chicken and biscuits, has teamed up with Megan Thee Stallion, an American rapper, to release its new "Hottie Sauce" on Oct. 19.

Partnering with popular celebrities is the trend with fast-food chains these days to promote an upcoming event or to release a new menu or other items. Popeyes turned out to be the latest restaurant to collaborate with an artist and chose Megan Thee Stallion for the launch of its unique products, including its new hot sauce.

Fox Business mentioned that Popeyes' collaboration with the "Cognac Queen" singer comes after McDonald's and Burger King both launched their own celebrity-themed meals. McDonald's latest highest-grossing collab at this moment is probably its BTS meals that were endorsed by the world's most popular boy band, BTS.

As for Burger King, it introduced its "Keep It Real Meals" last month and featured Chase Hudson, Cornell Haynes Jr., and Larissa Machado for its celebrity meal line-up. Now Popeyes is jumping on in the trend to unveil the "Hottie Sauce," which will be dropped in stores starting Oct. 19.

What's more, Popeyes and Megan Thee Stallion's new collaboration will also offer co-branded merchandise that will include swimwear, shirts, and more. The 26-year-old rapper was also said to become an owner of her own Popeyes restaurant franchise.

The "Hottie Sauce" that was said to spice up Popeyes' famous Louisiana-style fried chicken sandwich and nuggets will be released nationwide in the U.S. on the said date. It will also be distributed in 14 countries worldwide.

"I'm appreciative of Popeyes' commitment to empowering Black women and look forward to opening Popeyes Restaurants," Stallion said via Popeyes press release. "Teaming up with Popeyes is such a milestone in my journey and evolution as an entrepreneur. I have always been a fan of the Popeyes brand, and I'm thrilled to have the opportunity to join the brand and help create the new Megan Thee Stallion Hottie Sauce for their line-up.

Finally, the launch of the new hot sauce will mark the first time that Popeyes is releasing a new variation of its chicken sandwich.