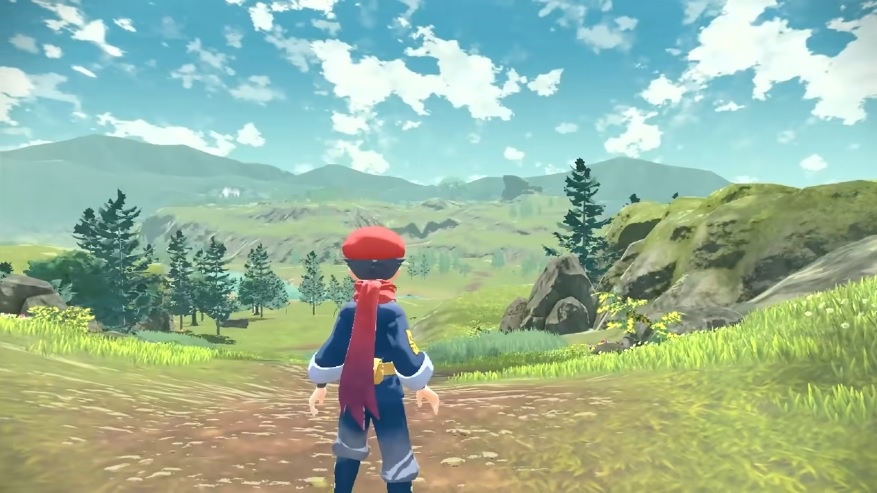 This year marks the 25th anniversary of “Pokémon,” and the franchise is not holding back with the celebrations. Two upcoming games – “Pokémon Legends: Arceus” and the remake of “Pokémon Diamond and Pearl” – were announced recently, expanding the series’ tales focused on the Sinnoh region.

The Pokémon Company concluded the month of February with a major live-stream event where the said games were announced. Many fans might already be more curious about “Pokémon Legends: Arceus” as its preview and described gameplay already hint at a new way to play the popular RPG.

While the other game announced is going to be a remake, the “Pokémon Legends: Arceus” was referred to as a “pre-make,” hinting that it would feature a game plot that precedes all known events set in the Sinnoh region. Many details about the open-world game are still under wraps, but Nintendo teases that it will combine “new action and RPG elements” with familiar gameplay elements from the 25-year-old franchise.

The main task in “Pokémon Legends: Arceus” will still be completing the Pokédex by catching and training Pokémon that players will encounter while exploring the region. But the game will also feature some battle elements where players can tackle wild Pokémon with an ally Pokémon. The two-minute trailer has also led to comparisons of the similarities of the environments of the upcoming game with “Zelda: Breath of the Wild.”

Introducing #PokemonLegendsArceus, a new challenge and a new frontier for the Pokémon world. pic.twitter.com/Kgm8Y1UPjm

Fans should also expect to see some changes in Sinnoh once “Pokémon Legends: Arceus” is released in early 2022 on Nintendo Switch. “Rich in nature and with Mount Coronet towering at its heart, this is a Sinnoh unlike anything Trainers have experienced before as they embark on creating the region’s first Pokédex,” the developers wrote. For this game, the choices for the first Pokémon companion include Rowlet, Cyndaquil, and Oshawott.

The remake officially called “Pokémon Brilliant Diamon” and “Pokémon Shining Pearl” will retain some familiar gameplay elements while introducing new features to maximize the capabilities of Nintendo Switch. The game is advertised with a “reimagined adventure” while also bringing fans back to the Sinnoh region they know.

Like in the original game, players will choose among Turtwig, Chimchar, and Piplup for their first partner in “Pokémon Brilliant Diamon and Shining Pearl” and encounter Legendary Pokémon Dialga later on. A specific release date has yet to be announced, but the remake is slated to launch in late 2021 on Switch.