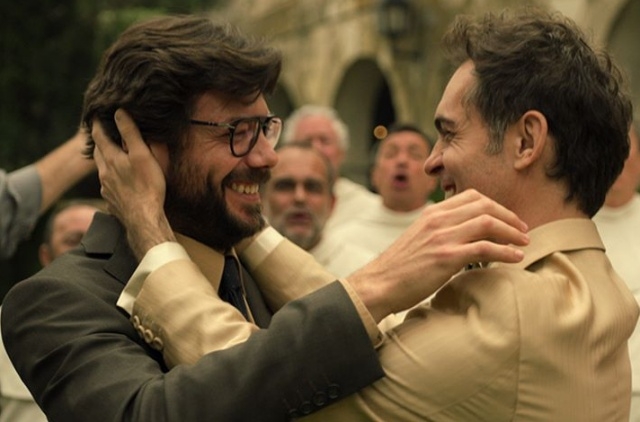 “Money Heist” season 5 has finally been renewed by Netflix. This is a much-awaited announcement because the viewers want to see more of the Spanish crime drama as soon as possible.

The American streaming provider revealed the show’s renewal the past weekend. The drama’s creator Alex Pina actually confirmed the “Money Heist” season 5 earlier this month when he posted a photo of himself and stating that he is working on the fifth installment’s script.

The finale of the drama

In any case, the renewal announcement is a happy event however, the show seemed to have hinted that this will be its final run. On July 31, a message was posted on the show’s Facebook page and it simply reads: “Part 5: The heist comes to an end.”

It was not explained what this means but many believe that “Money Heist” season 5 has been designated to be the series’ finale. With how the story is developing, it can’t be helped that the viewers are convinced the show is indeed approaching its end as the thieves are already on the verge of being caught.

“We've spent almost a year thinking about how to break up the band,” What’s on Netflix quoted Pina as saying in a statement. “How to put the Professor (Álvaro Morte) on the ropes and how to get into situations that are irreversible for many characters.”

He went on to say, “The result is the fifth part of La Casa de Papel (‘The House of Paper' as ‘Money Heist’ is known in Spanish). The war reaches its most extreme and savage levels but it is also the most epic and exciting season.”

What to expect in the finale and release date

The group of thieves is in the final stages of their operation and they are preparing to escape already. In “Money Heist” season 5, the escape plan would be revealed and since the authorities have surrounded them, there could be some members who will not make it out alive.

There is a theory that only one of them will survive and that would be Tokyo. On the other hand, others are predicting it will be El Professor who will be the sole survivor. Berlin is also returning in the “Money Heist” season 5 since this is the final run.

Meanwhile, the fifth season of “Money Heist” is predicted to return some time in 2021. A total of 10 episodes will conclude the series.