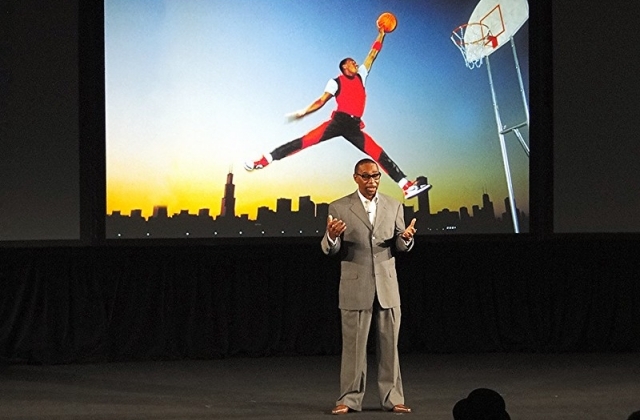 Nike's top executive Larry Miller has a dark secret to tell, and he confessed everything through his memoir titled "Jump: My Secret Journey from the Streets to the Boardroom."

Miller is a well-known figure in the business industry, and his name has always been linked to Nike. But prior to his success and leading the footwear and sports apparel manufacturing company, it was revealed that he has been hiding a secret that he can only reveal today.

It turned out that one of the most successful executives of Nike has been a troubled teenager and has once been charged for murder when he was only 16 years old. He has been jailed for his offenses but he apparently changed for the better and was able to graduate with honors from Temple University.

According to CNBC, the Nike executive kept his secret of killing a man in 1965 for more than 50 years. He shot 18-year-old Edward White and was convicted for the crime. He was jailed for 4 ½ years and served additional five years for armed robberies.

Larry Miller is now 72 years old and he revealed he recently asked for forgiveness from White's family. He was thankful that White's family forgave him when he met them last month.

Miller is one of the most successful Black businessmen in the U.S. He has managed Nike's Jordan brand and under his watch, it has become a multimillion sneaker business. Prior to this achievement, he has worked for other major companies including Kraft Foods, Jantzen, and Campbell's Soup.

He shared that he was able to climb the ladder of success after deciding to keep his past a secret. He vowed to not mention about his troubled past again after he lost his first major job opportunity when he revealed his past deeds.

Now the Nike leader is ready to let out everything and have peace. Miller said that he co-wrote his memoir with his daughter Laila Lacy. He recounted all his life's experiences and told PEOPLE that it was his daughter who pushed him to come out in the open because his story may inspire others and help change their lives.

"My daughter, she started working on me about this probably 13, 15 years ago and I kept saying, 'No, not going to do it, not going to do it,'" the 72-year-old told the publication. "But finally, the more I started to have these nightmares and migraines, it was just like, 'You know what, I got to get this out' and I kind of felt like a burden was lifted as I was sharing more and getting more out."