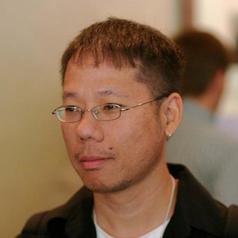 NASA’s Neutron Star Interior Composition Explorer, or NICER, is an X-ray telescope launched on a SpaceX Falcon 9 rocket in early June 2017. Installed on the International Space Station, by mid-July it will commence its scientific work – to study the exotic astrophysical objects known as neutron stars and examine whether they could be used as deep-space navigation beacons for future generations of spacecraft.

What are neutron stars? When stars at least eight times more massive than the Sun exhaust all the fuel in their core through thermonuclear fusion reactions, the pressure of gravity causes them to collapse. The supernova explosion that results ejects most of the star’s material into the far reaches of space. What remains forms either a neutron star or a black hole.

I study neutron stars because of their rich range of astrophysical phenomena and the many areas of physics to which they are connected. What makes neutron stars extremely interesting is that each star is about 1.5 times the mass of the Sun, but only about 25km in diameter – the size of a single city. When you cram that much mass into such a small volume, the matter is more densely packed than that of an atomic nucleus. So, for example, while the nucleus of a helium atom has just two neutrons and two protons, a neutron star is essentially a single nucleus made up of 1057 neutrons and 1056 protons.

We can use neutron stars to probe properties of nuclear physics that cannot be investigated in laboratories on Earth. For example, some current theories predict that exotic particles of matter, such as hyperons and deconfined quarks, can appear at the high densities that are present in neutron stars. Theories also indicate that at temperatures of a billion degrees Celsius, protons in the neutron star become superconducting and neutrons, without charge, become superfluid.

The magnetic field of neutron stars is extreme as well, possibly the strongest in the universe, and billions of times stronger than anything created in laboratories. While the gravity at the surface of a neutron star may not be as strong as that near a black hole, neutron stars still create major distortions in spacetime and can be sources of gravitational waves, which were inferred from research into neutron stars in the 1970s, and confirmed from black holes by the LIGO experiments recently.

The main focus of NICER is to accurately measure the mass and radius of several neutron stars – and, although the telescope will observe other types of astronomical objects, those of us studying neutron stars hope NICER will provide us with unique insights into these fascinating objects and their physics. NICER will measure how the brightness of a neutron star changes according to its energy, and how it changes as the star rotates, revealing different parts of the surface. These observations will be compared to theoretical models based on properties of the star such as mass and radius. Accurate determinations of mass and radius will provide a vital test of nuclear theory.

A GPS for deep space

Another aspect of neutron stars that could prove important for future space travel is their rotation– and this will also be tested by NICER. Rotating neutron stars, known as pulsars, emit beams of radiation like a lighthouse and are seen to spin as fast as 716 times per second. This rotation rate in some neutron stars is more stable than the best atomic clocks we have on Earth. In fact, it is this characteristic of neutron stars that led to the discovery of the first planets outside our solar system in 1992 – three Earth-sized planets revolving around a neutron star.

The NICER mission, using a part of the telescope called SEXTANT, will test whether the extraordinary regularity and stability of neutron star rotation could be used as a network of navigation beacons in deep space. Neutron stars could thus serve as natural satellites contributing to a Galactic (rather than Global) Positioning System and could be relied upon by future manned and unmanned spacecraft to navigate among the stars.

NICER will operate for 18 months, but it is hoped that NASA will continue to support its operation afterwards, especially if it can deliver on its ambitious scientific goals. I hope so too, because NICER combines and greatly improves upon the invaluable capabilities of previous X-ray spacecraft – RXTE, Chandra, and XMM-Newton – that are used to uncover neutron stars’ mysteries and reveal properties of fundamental physics.

The first neutron star, a pulsar, was discovered in 1967 by Jocelyn Bell Burnell. It would be fitting to obtain a breakthrough on neutron stars in this 50th anniversary year.

Wynn Ho receives funding from the Science and Technology Facilities Council in the UK.