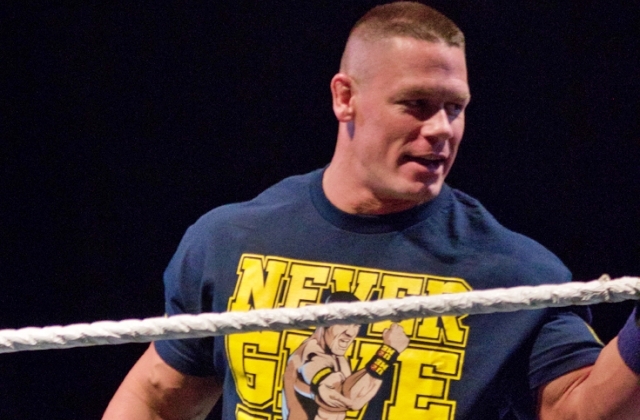 John Cena, one of the biggest names in the WWE entertainment field, recently released his own NFTs, but the sale did not turn out well. The pro wrestler disclosed that just 7.4 percent of his WWE non-fungible tokens were sold.

John Cena released his NFTs last month, and they were put up for sale, and with the disappointing result, Coin Telegraph reported that the 44-year-old said he made a mistake of

selling his WWE non-fungible tokens as part of a set package that includes tangible collectible items, including a towel, wristbands, shirt, a hat, a belt, and an autographed photo.

He sold these physical items along with the digital collectible as a set, and he realized later that it was not a good idea. It was mentioned that 500 gold-tier packages were offered with John Cena’s NFTs and this cost $1,000. However, not even 10% were sold so it was clearly a flop.

“I talk a lot about failure and this idea failed,” the wrestler and actor was quoted as saying. “Myself and the folks in the WWE thought $1,000 was a fair price point but we were wrong. We were absolutely wrong and we only sold 37 of them - It was a catastrophic failure.”

According to CBR, one fan asked John Cena why his Super Mario Bros. 3 hat and t-shirt that are included in the NFT sale cost $1,000. He replied that it was because WWE wants to put together a once-in-a-lifetime fan experience.

All the items in the package are said to be valued at $500 to $600, but they still need to add the cost for the NFT, so the final price increased to $1,000. The sale only sold 37 out of the 500 prepared packages with limited edition NFTs but the 24-hour auction of a “John Cena Platinum NFT,” the other tier package, was said to have sold for $21,000.

The winning bidder also received VIP tickets for either “WrestleMania 38” in Dallas or “WrestleMania 39” in Los Angeles, complete with accommodations. Meanwhile, it is not clear if what caused the failure of John Cena’s NFT sale was the steep price or something else.