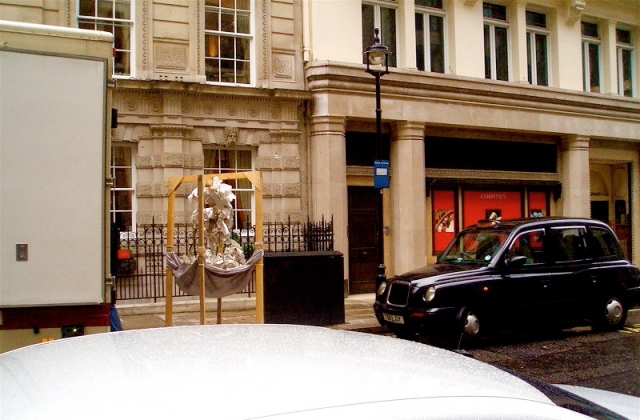 Christie’s Auction House is set to hold an auction next month, and the items include some of the oldest NFTs on the Ethereum blockchain. It was added that the event would also be taking live bids in Ethereum cryptocurrency, and this is the first time this is happening in any auction house.

According to Gadgets 360, the British auction house will be auctioning non-fungible tokens (NFTs) from the Art Blocks collection. The event has been simply titled the “Post War to Present,” and as part of the auction, Christie’s will allow artists to choose their favorite artwork from the collection of more than 200 pieces of post-war artisanship.

Since this is an NFT auction event, buyers will be able to purchase and pay for their choices using Ethereum, a type of decentralized cryptocurrency. The Art Blocks Curated, where the items for auction are coming from, is said to hold a collection of post-war art projects that were assembled by Barcella, a Canadian collector.

“Bearing a dynamic selection, the sale will present a thoughtful offering of cross-category works that span the finest examples of contemporary art, NFTs, alongside design, such as Franz West’s Onkel Stuhl (Uncle Chair) Ten Works,” Christie’s stated in a press release for the auction. “The curated selection will unite the artists of the mid-twentieth century with their counterparts today in a seamless, thrilling dialogue that promises to deliver quality works for burgeoning and seasoned collectors alike.”

Moreover, Curio Cards NFTs will also be up for auction on Oct. 1, and a full set of 30 cards will be on the line. For the artworks, 31 oldest NFT artworks will be sold through bidding. Works of spectacular artists, including Helen Frankenthaler’s “Warming the Wires,” other works of Wayne Thiebaud, Charles White, and Ernie Barnes, will all be part of the auction.