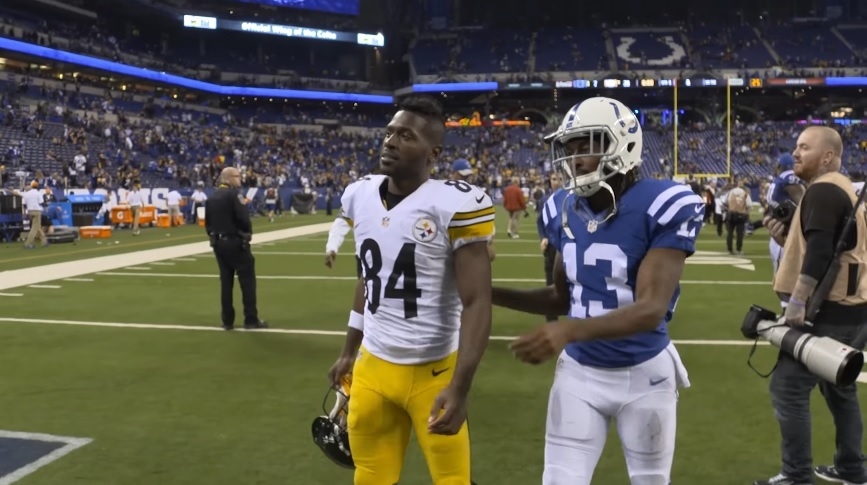 The 2019 trade deadline of the National Football League (NFL) is over, but the rumors are not. A report from league sources emerged, suggesting that Antonio Brown’s professional career in sports is not over yet.

Brown remains unsigned following a slew of rape and sexual misconduct allegations made by multiple women who worked with him before. His agent, Drew Rosenhaus, is reportedly confident that Brown would be getting another chance to play in the NFL.

One of the most talked-about trade deals sealed in time for the NFL trade deadline last week was the Seattle Seahawks signing receiver Josh Gordon. ESPN’s sources within the league claimed that the team also looked into the possibility of signing Brown. It was also reported that Seahawks quarterback Russell Wilson encouraged his team to recruit Brown.

In the same report, Rosenhaus said that other NFL teams also expressed interest in signing Brown once the “process is over.” ESPN’s Adam Schefter said the process Rosenhaus was talking about is the ongoing investigation on sexual assault accusations toward Brown.

Upon leaving the Pittsburgh Steelers after season 2018, Brown signed with the Oakland Raiders. But his tenure was short-lived and marred with an injury, holdout over insisting on keeping his favorite helmet that was no longer certified to use on the NFL, and a reported fallout with Raiders general manager Mike Mayock.

NFL news: Why the 7-time Pro Bowl player is unsigned in the middle of season 2019

In early September, Brown demanded to be released from the Raiders. The team did not take long to meet his demand, but it also prevented him from getting his guaranteed pay from signing with the team.

As soon as Brown was released from the Raiders, he found a new team in the New England Patriots, where he signed a one-year deal reportedly for $15 million along with a $9 million signing bonus. After only two days, the Patriots added a two-year option in Brown’s contract.

However, his tenure at the Patriots was also brief. Brown was sued for rape on Sept. 10 by his former trainer Britney Taylor. A second woman came out accusing Brown of sexual misconduct, which he had also denied.