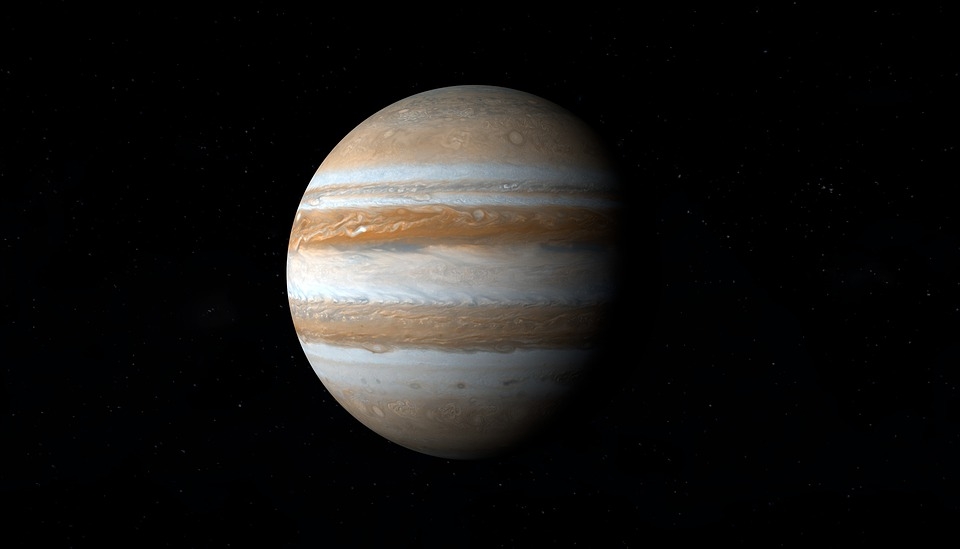 The largest planet in the Solar System, the gas giant is known as Jupiter, has often been a planet that space agencies plan to explore but have yet to set foot in. Recently, US space agency NASA released a new image showing the gas giant in all its entirety.

Express reports that NASA released a new satellite image of Jupiter taken from the planet’s southern hemisphere. The image was taken back in February, and at the time the Juno spacecraft that was orbiting Jupiter was somewhere between 49, 500 and 100, 400 kilometers away from the planet. “Not only is Jupiter the largest planet orbiting the Sun, it contains more than twice the amount of material of all the other objects in the solar system combined - including all the planets, moons, asteroids, and comets,” said the agency in a statement.

The agency also noted that Jupiter’s composition is similar to that of a star and that scientists believe that had the planet was at least 80 times bigger when it was formed, it would likely be referred to as a red dwarf than a planet. NASA also explained how hydrogen and helium make up most of the planet’s mass, but the atmosphere is mostly made up of ammonia and hydrogen sulfide.

Many experts believe that one of Jupiter’s roles is to protect other planets such as Earth from asteroid collisions. This is because the planet has a massive gravitational pull that keeps the asteroid belt and in turn, prevents any asteroids from flying about just anywhere. Experts also have a theory that Jupiter may also be pulling in the loose asteroids and comets.

Space agencies have also wondered about the possibility of life thriving not in Jupiter, but in one of its moons like Europa. It was previously reported that Europa, one of Jupiter’s 79 moons can potentially be a place where life can thrive due to the potential water content underneath the ice that protects any life from the harmful radiation caused by the sun.

According to Professor Monica Grady of the Open University and Liverpool Hope University, there is a certainty that there is life under the ice in Europa.