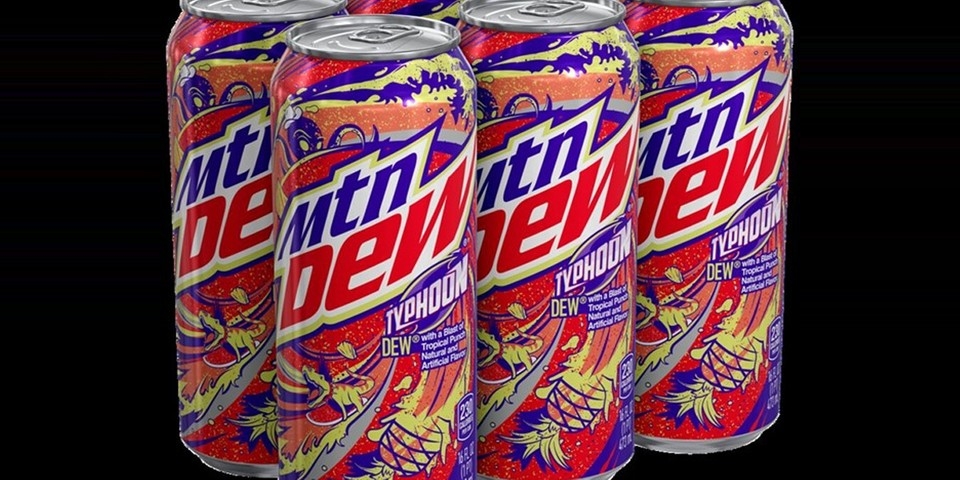 Mtn Dew announced the return of a "highly requested flavor" Mtn Dew Typhoon, described as a "tropical punch twist" that hasn't been seen in over a decade.

According to the company, the taste debuted as part of the "Dew-mocracy" flavor line-up in 2008 and then reappeared for a limited period in 2011.

Typhoon really started out as "Taste #509," and it was heartbreakingly defeated by the flavor White Out in the second Dew-mocracy II promotion by a vote of 44 percent to 40 percent.

The Mtn Dew Typhoon will be available exclusively in the Dew Store to Dew HQ members beginning June 1 at 12:00 ET.

Mtn Dew Typhoon in 16-ounce cans will be available at the Dew Store for a limited time only, while supplies last.