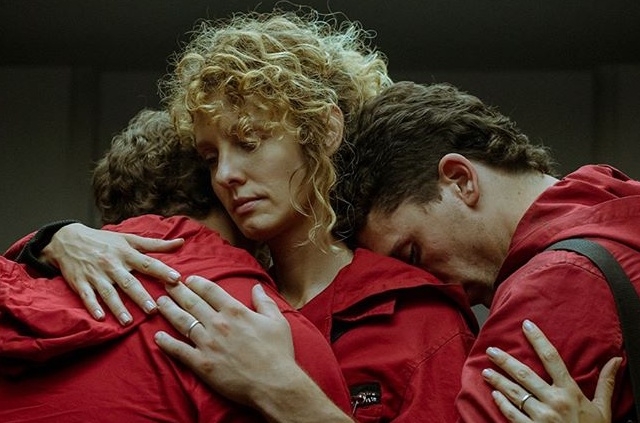 “Money Heist” season 4 will be out very soon and Netlfix is dropping all 10 episodes at the same time. Since the Spanish drama is just around the corner it will be fun to know some spoilers and theories and compare them later once the drama concludes. So, below are some interesting theories to check out.

Firstly, “Money Heist” is a crime drama series that features bank robbery. It was created by Alex Pina and it became popular after Netflix bought the rights to release it.

As per What’s on Netflix, “Money Heist” season 4 got another round of episode order from the streaming provider giant even before they release the third installment. It is clearly very popular that it was renewed early.

“Money Heist” season 4 allowed the viewers to see a glimpse of what they have prepared. Through its trailer, the production team gave away many details about the plot and obviously the thieves are in danger as they were caught in the act and not they are surrounded by the police.

Aside from having to deal with the authorities, the robbers were also shown struggling to save their colleagues who were wounded due to fire exchange with the police. They are desperately trying to escape and survive but they will not surrender. El Profesor then declared war against the authorities since they are already in deep trouble.

Theories of who will die

As mentioned, many members of the robber’s team were injured and so “Money Heist” season 4 may be a sad installment for many people could die. While it was first assumed that Nairobi would pass away after being shot by a sniper, she will live and it is Denver who is likely to perish.

This theory was based on the fact that the trailer showed him with Monica and while they were in an elevator, a hand grenade was thrown at them. It was said that Denver will protect Monica so she will live and he will die in the blast.

Also, Oslo may say goodbye too because, in the teaser, he was shown hanging on the ceiling, perhaps trying to commit suicide. Lastly, as per Express, El Profesor will be the last to die in “Money Heist” season 4 because he will sacrifice himself for his team since he believes that Lisbon is already dead anyway.

“Money Heist” season 4 will premiere on April 3 via Netflix.