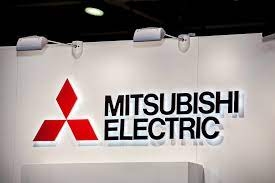 Between 1982 and March 2022, Mitsubishi Electric claims to have shipped 8,363 transformers from the factory. About 3,384 of them, or 40 percent, were fraudulently tested or designed.

The clients who received these transformers have not been named by Mitsubishi Electric.

The company's factory in Ako, Hyogo Prefecture, produced the large-size transformers in question.

Employees of the corporation fabricated statistics in quality-testing reports, claiming that the unit's internal temperature remained within acceptable limits during heat tests in some circumstances. However, the business admitted on April 21 that the temperature during the testing exceeded the limitations.

In other situations, the firm conducted safety tests to determine how much voltage the devices could tolerate, but the results did not meet approved test criteria established by international standards or academia.

Some transformer insulators had voltage levels that were lower than what the company had calculated based on international regulations.

The wrongdoing will be investigated to establish if it was in violation of the Electricity Business Law.

Mitsubishi Electric stated that the wrongdoing would not result in transformer failures or accidents right away. However, it is considering contacting each customer personally and, if necessary, replacing components.

For months, Mitsubishi Electric has been mired in controversy with the revelation of falsified inspection reports and design flaws in various industrial equipment it produces, ranging from electronic toll collection systems to air conditioners.

The findings began last year at the company's factories across Japan, with one in Nagasaki Prefecture being the first.

Since then, Mitsubishi Electric has emphasized its commitment to ensuring that this does not happen again.

A team of outside lawyers investigating testing problems at the corporation made the most recent discovery of misbehavior on April 1.