Michael Schumacher health: Son Mick’s paid tribute to his father while F1 champ continues to fight for his full recovery 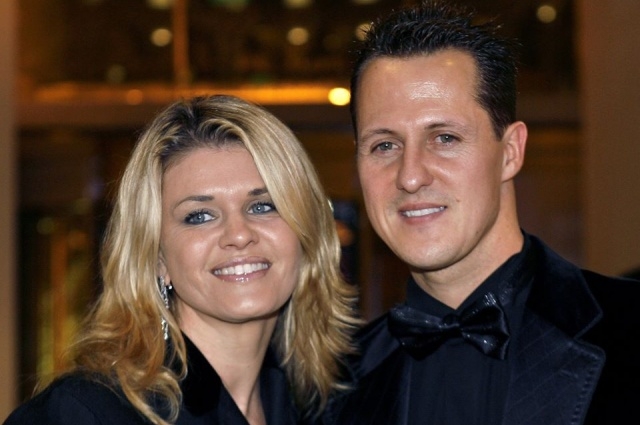 Michael Schumacher’s health remained a mystery although there are updates from his close friends from time to time. Most of them stated that the racing champ is doing good but they don’t mention his exact condition.

Early this year, his family revealed that Schumacher is in good hands and still fighting. This is the first time that his family has spoken about his health since his tragic accident in December 2013. Also, his wife Corinna and children have spoken for the first time as they mark Schumi’s 50th birthday.

Mick paid tribute to his dad

Now, it seems that Mick Schumacher has been following his dad’s footsteps in the F1 racing world as he is slowly making his way as a champion racer. He recently won in the F2 and F3 races and many believe that he will continue to achieve whatever Schumi had achieved in his golden years as the all-time best racer in the world.

As per Express, the young Schumacher paid a moving tribute to his dad as he strives to follow his dad’s footsteps. The 20-year-old racer also said that he thinks of his father’s world achievements every day and now that he is in the same field, he thinks about his dad and his attainments even more everyday.

Last week, Mick won in the Formula 3 European Champion and he is now the reigning champ. He used his father’s Ferrari F2004 for this race and won for a test drive before qualifying for the German Grand Prix in Hockenheim.

“It is also the car my dad drove, which makes it even more special,” Express quoted Mick as saying. “What my father did was extraordinary, and I recognize that more and more every day. He was where I want to go, he never stopped questioning himself and getting better and better because of it.”

In any case, while Mick tries his best and continues to work to improve his skills, Michael Schumacher continues to be in medication as he fights to survive. In recent months, various reports stated that Schumi is not bedridden and some even say that he can stand up already and is getting physical therapy sessions.

The latest update came from Michael Schumacher’s long-time friend, Jean Todt who reveals the champ can now watch TV. He said that although his speech is not back to normal, they can enjoy racing shows together, as per The Sun.