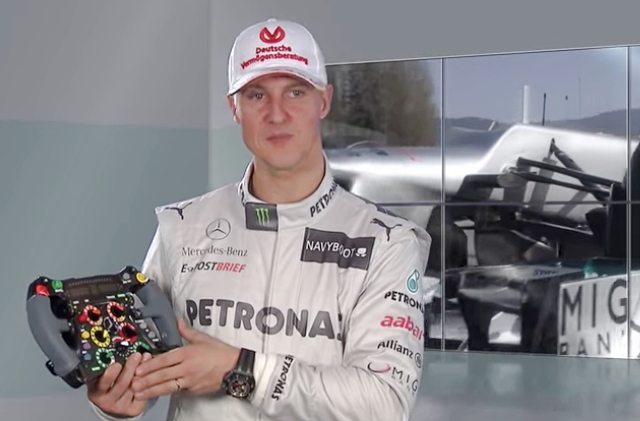 Michael Schumacher announced that he would retire at the end of 2006 racing season, and when he did, he was hailed as the greatest Formula 1 driver in history. He left the sport with seven World Championships and participated in a total of 91 races, which is a big feat.

Schumi made plans to return with the Ferrari team

In 2009, it was reported that he will return to the tracks to replace the injured Felipe Massa in the Ferrari team. He was 40 years old then and was supposed to make a comeback via the European Grand Prix in Valencia, Spain, on August 23, 2009.

However, he failed to return as his plan had to be canceled, citing the lingering effects of a neck injury he sustained from a motorcycle accident at the Cartagena circuit in February of that year. He said that there is no way he could participate as a stand-in for Massa in the European Grand Prix.

"The consequences of the injuries caused by the bike accident in February, fractures in the area of the head and neck, unfortunately, have turned out to be still too severe," The Guardian quoted Schumacher as saying. "That is why my neck cannot stand the extreme stresses of Formula One yet. I am disappointed to the core and I really tried everything to make that temporary comeback possible.”

The comeback decision is a mistake

In 2010, Michael Schumacher made an announcement that he will make his full comeback, which shocked the F1 community. He signed a 3-year contract as a driver for the revived Mercedes team.

Now, Schumi’s former manager, Willi Weber. Recently revealed that he tried to stop the F1 champ from returning, but he wouldn’t listen. He explained that he is against his former ward’s decision to return to the sport because it is risky, but he told him he wants to it as he is “bored.”

“He told me he was bored, he had to drive,” the manager told the German outlet Motorsport-Total. “Then I said, ‘Michael, what do you want? You can only lose. You can’t win anymore. You won everything. You are the best racer in the world. You stand on the highest pedestal that exists. You can only lose now.”

In the end, the then 43-year-old racer got what he wanted, but Weber was not with him anymore when he started to race again. Weber also called Michael Schumacher’s decision as “stupid” since it would only degrade the greatest driver of all time’s record, and he proved to be right with his reasoning when Schumi only managed to win once in three years before he retired for good in 2012.