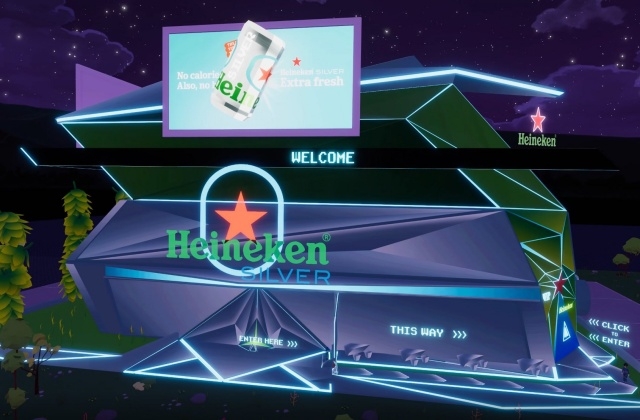 Heineken, the pale lager beer produced by the Dutch brewing company Heineken N.V., has entered the metaverse by launching its own virtual beer. The beer brand is the latest big name to invest in virtual products and services.

Heineken follows the likes of McDonald's and Nike in its venture into the metaverse with the release of its first virtual beer that is called the Heineken Silver. BBC News reported that the hype on the virtual world actually started when Meta, which owns Facebook, revealed his vision for the interconnected virtual space where people, through their avatars, work, play and do many other activities together.

From there, the investments in the metaverse continue to grow, and many popular brands are jumping into the trend. This month, it is the said beer brand's turn, and it launched the Heineken Silver Virtual Beer for the metaverse.

The company announced its first virtual product via an event that was held not long ago in the virtual space. Then again, there is a twist in the company's foray into the virtual world.

While the company is promoting Heineken as a legit virtual product that people in the metaverse can try out, the beer brand called its launch "an ironic joke" for other brands and including Heineken itself, that are launching metaverse-related products and services.

In fact, on its official website, Heineken posted the "Virtual values" instead of the common "Nutritional values" that are usually found in the packaging of foods and beverages. It also wrote the following in the label: pixels (0g), HTML (0g), RGB Colors (0g), Render (0g), glitch (0g), and a few others more.

Heineken also indicated that its virtual beer is only made from the freshest pixels instead of "ingredients." It added that the beer does not have malt, hops, yeast, water, and no beer. Thus, people even in the virtual cannot really enjoy this premium larger virtual alcoholic drink that is only available at Decentraland brewery.

"At Heineken, we believe that connecting with people is vital to human existence, like the air we breathe or the water we drink, and we know that the metaverse brings people together in a light-hearted and immersive way that is really exciting – but it's just not the best place to taste a new beer," Heineken's global head, Bram Westenbrink, said in a press release. "Our new virtual beer, Heineken Silver is an ironic joke. It is a self-aware idea that pokes fun at us and many other brands that are jumping into the metaverse with products that are best enjoyed in the real world."

Finally, Westbrink explained that what Heineken wants to say with its "joke" is that nothing can beat the taste of a refreshing beer, including their own virtual Heineken Silver in the real world.