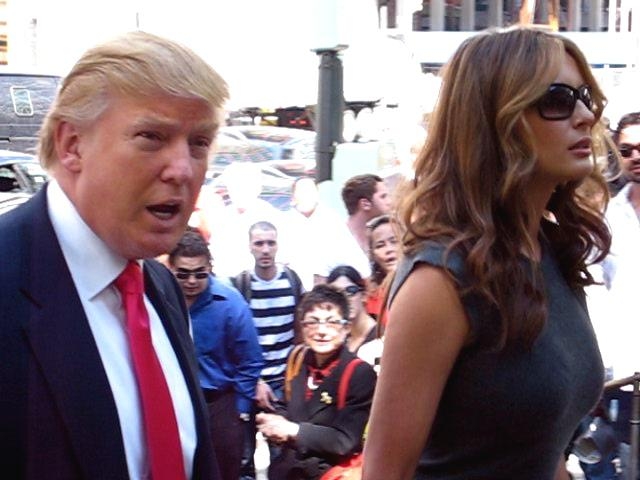 Melania Trump was recently recognized for some of her best initiatives as the first lady of the United States with the Women of Distinction award. However, not everyone was happy with a Florida school’s decision to give recognition to the FLOTUS.

The president of Palm Beach Atlantic University, Bill Fleming, defended their decision to give Trump the recognition by saying that she is brilliant, elegant, and she has grace. However, the majority of the students didn’t agree.

“America’s first lady has sounded the call for action. She serves as a role model with brilliance, elegance, and grace,” he said.

While speaking with The Hill, Graysen Boehning said that Donald Trump’s wife is not worthy of the award because it is supposed to be given to someone who has made an impact in Palm Beach.

“This award has historically gone to women whose character and impact in Palm Beach has shaped the culture of our home, and I have not been convinced that the first lady’s character or impact here is worthy of that recognition. While many students were excited that the school was bringing in the first lady of the United States to speak, others felt that her character was not representative of the community of love for people of all backgrounds and beliefs that PBA houses and fosters,” he said.

Meanwhile, Political Flare also slammed the FLOTUS for wearing a sleeveless dress when she accepted her award. The publication said that Melania’s attire was similar to the outfit that Michelle Obama wore for her white house photo and the conservatives freaked out.

However, none of the Trump family’s supporters questioned the first lady’s attire. The publication said that this is proof that there is hypocrisy going on with regards to Melania’s treatment.

During her speech at the small college in Florida, eagle-eyed netizens also noticed how the FLOTUS struggled to read her teleprompter. The first lady was mocked for committing some mistakes during her speech.