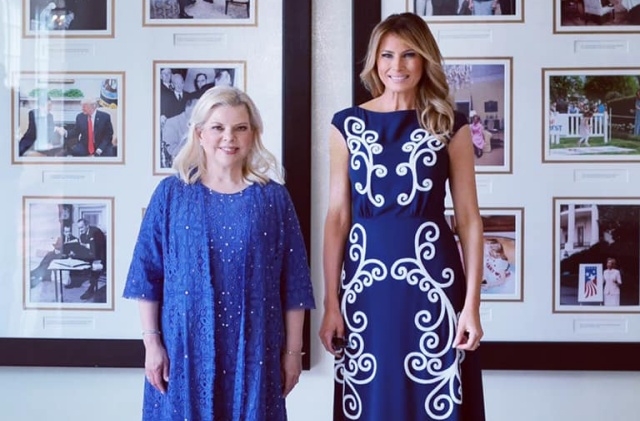 Melania Trump has a statue in her image that was installed in her hometown in Slovenia, Russia. This was an original life-sized statue of the FLOTUS’ image that was carved from the trunk of a linden tree however it was burned down in July by unknown attackers.

It was erected in Sevnica in June last year and now it was badly damaged by the fire. Currently, Melania Trump’s torched statue was not disposed of but put on display. As per Reuters, the burnt statue was transported to an art gallery in Koper, Slovenia.

“This object (the burnt statue) somehow represents a visual representation of political tensions that are erupting in my country and not only in my country,” Brad Downey, a Berlin-based American artist, told Reuters.

The sculpture of Melania Trump was put up to honor the FLOTUS who made it big outside of her country. She brought honor to her hometown when she became a famous model and went on to become America’s current First Lady.

The burned down statue features a rough representation of Melania Trump’s image. It was modeled after the First Lady’s looks when Donald Trump was inaugurated as the 45th president of the United States.

A new sculpture replacement that can’t be burned

Now, rather than completely taking out Melania Trump’s sculpture out of the town, it has been replaced with a bronze duplicate of the original carving. CNN reported that it was placed on the same tree stump that once held the wooden version.

The new metal sculpture was a collaborative work between Brad Downey and Ales “Maxi” Zupevc, a local craftsman. The artists are hoping that the metal version of the statue will not be destroyed anymore, the material used this time is sturdier anyway.

“The new figure had been designed to be as solid as possible, out of a durable material which cannot be wantonly destroyed,” Downey told Monopol, a German art magazine.

Meanwhile, the original wooden statue of Melania Trump was not fully accepted by the locals as they described its appearance as “horrible.” Some say it looks like a smurf instead while others commented that its hideous features resemble the evil protagonist in “Pinnochio” or it looks like more of a scarecrow than an image of a beautiful woman.