Melania Trump: FLOTUS takes the COVID-19 test; Here’s why she did it and results revealed 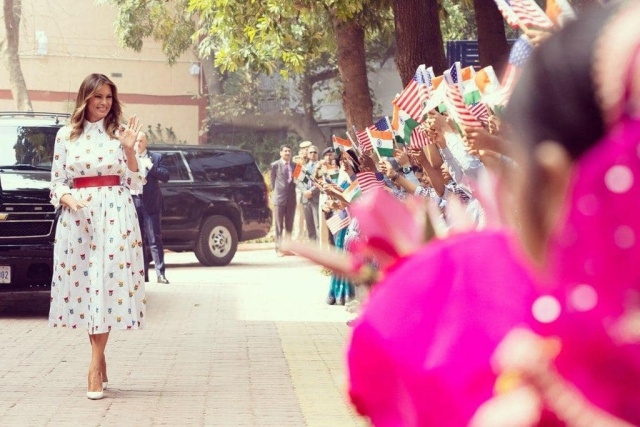 Melania Trump was recently tested for COVID-19 and this only came to light after President Donald Trump revealed it to the media earlier this week. On Monday evening, the POTUS held a COVID-19 task force briefing with the press and a reporter asked him if his wife was tested and answered “yes.”

As per CNN, the president and the first lady submitted themselves for coronavirus testing on March 13 and this was done at the White House. The testings were done after it was previously reported that the POTUS and Vice President Mike Pence could have been infected by coronavirus since they were both exposed to the infection.

This is because a staff member in the office of Pence tested positive for COVID-19. Everyone fears that both the president and the vice president could have been infected since it is possible that Pence had close contact with his staff and he could have held a meeting with the president. Moreover, Donald Trump also dined with Brazil’s press secretary at Mar-a-Lago who later tested positive as well so the suspicions that he could have been infected increased.

Consequently, Melania Trump could easily catch the virus if her husband was infected so the testings were done. Based on the information released by the White House, the first couple was tested at the same time but the POTUS’ result was announced first.

A week after the president’s result was revealed to the public, the White House also disclosed Melania Trump’s results and luckily, her coronavirus test came back negative.

“Mrs. Trump got tested the same night as the President was tested, out of an abundance of caution,” the Daily Mail quoted Stephanie Grisham, the White House press secretary, as saying. “The test was negative.”

Meanwhile, the CDC emphasized that there could be people who assume that they are not sick but in fact, they could just be one of those asymptomatic individuals who don’t have symptoms but are actually infected. They are the ones who can spread the virus easily since they themselves are not aware thus, it is understandable while Melania Trump was tested even if she appeared to be healthy.