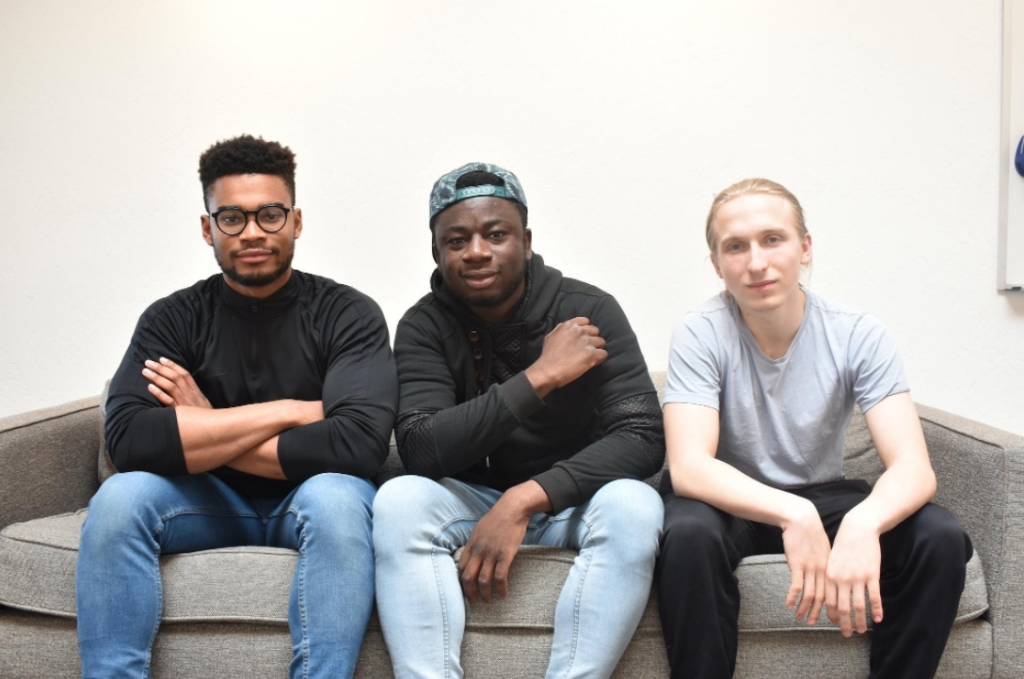 Splitting bills, utilities and shared expenses might be a nightmare for many. Imagine having dinner in a restaurant with your friends, paying for subscriptions with a family or paying the rent with your roommates – nothing very friendly, isn’t it? However, this suddenly became a child’s play. All because of this high-end mobile app – Y-Split. What is the idea behind the app? Who stands behind this amazing lifesaver? Meet Tunde Alao, Boateng Opoku-Yeboah and Landon Vago-Hughes – the guys that have brought splitting payments to the brand-new level.

Y-Split app – what’s the buzz all about

The application was launched as a solution to a very common problem – how to easily and quickly split and pay the utility, phone, subscription and restaurant bills. It is the first app that allows anyone to split bills automatically without paying upfront. The core of the technology behind the ability to auto-split is the YSplit Visa card. When a bill is charged to the card, it’s picked up by the servers and then the servers split the total and charge everyone in the predefined group.

It’s easy and convenient and this is what it was supposed to be, say the founders. The app has a very strong background – it was created by extremely talented students who also struggled with split payments while sharing an apartment.

Tunde Alao, now the CEO of Y-Split, started in Google as a software engineer. He was a student at the University of Southampton in the UK. He became recognizable very soon as he founded one of the biggest YouTube channels for programming tutorials – Tonikami TV. Over 3 million people have learnt programming with his YouTube channel to-date. At Y-Split, Tunde is responsible for backend and front engineering. He’s also deep into fundraising and figuring out how to write about technology that scales and plans for a Series. Tunde quickly became a famous personality in the IT world. He participated as a judge at the 2020 CEO awards, then also at the 12th annual 2020 Golden Bridge award.

Boateng Opoku-Yeboah – the best partner Tunde could ever dream about

Boateng was Tunde’s roommate while they interned at Google in Mountain View. They experienced many frustrations that usually come with sharing a house. And this was the beginning of their fruitful project. Boateng is now the CTO of Y-Split, mainly responsible for overseeing the development and the dissemination of the technology behind the app for both clients and vendors. When he was a student in the United Kingdom, Boateng was awarded one of the two Google Creative Technology Awards in 2015 at the National Science and Engineering Competition. During an internship in California, Boateng and Tunde started working on a mobile app (it was called Cluttr) that, among the others, enabled split payments. When they climaxed in frustration on shared payments, Landon came into their lives.

Landon is a self taught coder with strong design, marketing and writing skills having contributed to multiple publications including Forbes.com. The first time Landon met Tunde was on youtube where he learnt how to code, this has become a recurring joke among the founders as Landon was unaware this was Tunde at the time. The second time was when they met through Boateng and resonated deeply on typical roommate relations and issues they both were consistently having. He became a co-founder of Cluttr – the app turned out to be quite successful and the best feature, according to the users, was an option to split payments and bills. Landon used to be an IBM business consultant helping small businesses in the UK find new ways to make revenue before he became fascinated with Startups.

The app that came from a real need – is it the secret of success?

All three co-founders of the app admit that they really hated the way they had had to handle their daily finances. There were many frustrations and understatements that could easily lead to misunderstandings, irritation, and annoyance. Tunde, Boateng and Landon knew that there must have been something that could ease the roommate experience. Their first app – Cluttr – grew to over 30 thousand users and was chosen as App of the Day by Apple which was a great distinction. As splitting payments turned out to be the most liked feature in the app, the three friends decided to focus their effort on this route. The app now has over 140 ratings on the AppStore and a 4.7-star average rate, which is really impressive. What is worth mentioning, the app is mostly targeted at college students and young professionals – people who often split payments with roommates or friends. Solving a problem of people owing money to each other seems to be a bull’s-eye – the card links to multiple bank accounts so everyone is charged their share separately. How cool is that? Is splitting payments via the handy app a revolution that will stay in our lives forever? We really hope it will.