Manny Pacquiao: Who will the Filipino boxing champ fights next? Promoters are mentioning Connor McGregor, Terrence Crawford and Mikey Garcia 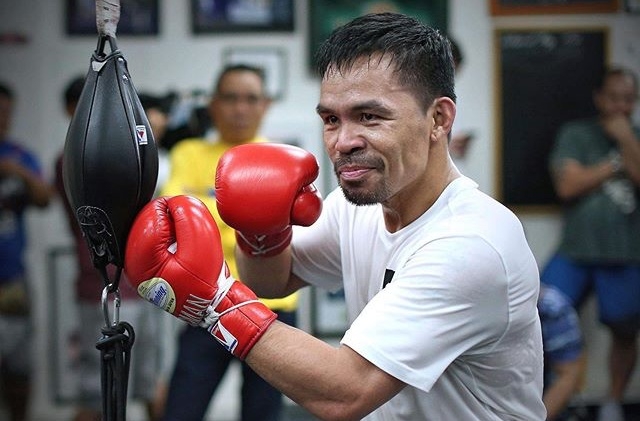 Manny Pacquiao’s handlers have expressed their wish for him to have at least one fight before this year ends. Although they know this will not be easy due to the coronavirus pandemic, they are still hoping that the match will happen when the situation gets better.

“You got to remember there are a lot of things that have to happen,” Spin quoted Sean Gibbons, president of MP Promotions, as saying. “And first of all, COVID-19 rapidly needs to slow down.”

As MP Promotions revealed what they think, many boxing promoters have expressed their interest to be Manny Pacquiao’s opponent in the ring. Some of them already had the chance to face the Filipino boxer in the ring with Pacman and they want a rematch while others are popular names in the field of boxing and combat sport.

So, who are the leading names that are likely to fight Manny Pacquiao if a match is set before this year closes? Below are three names that are being pitted against Pacman if a fight is to take place.

As per ESPN, Bob Arum, Top Rank CEO and promoter, mentioned that if Manny Pacquiao is getting back on the ring this year, he would like to arrange a fight with Terence Crawford, a WBO welterweight titleholder.

Then again, at this point, Arum said that there is no deal yet between Top Rank and MP Promotions. There is no contract and in fact, Gibbons stated that he is not aware of this proposed fight coming from Top Rank CEO.

Manila Standard reported that Connor McGregor is also interested in having a match with Pacman. On Aug. 1, the retired pro-MMA champ seemed to have hinted that he will be Manny Pacquiao’s opponent in the upcoming bout.

He sparked rumors about the Pacquiao - McGregor fight when he tweeted a message written in Tagalog, a Filipino language. The surprising post reads: “Tinatanggap ko” which translates to “I accept” in English.

However, there was no explanation as to what he really means by this but people are convinced he has received an offer to fight with Manny Pacquaio and accepted it. Then again, both parties must confirm this first to become official.

Finally, the third possible opponent is Mikey Garcia, a four-division champion. Boxing Scene reported that Garcia is very interested and he has long been mentioned as the best boxer who can be Manny Pacquiao’s next challenger.