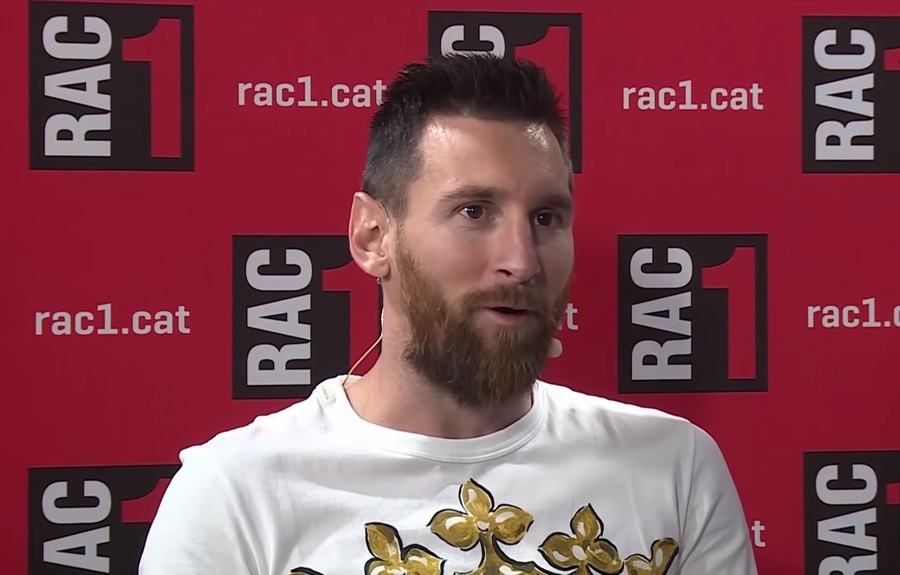 Photo via Screenshot of FC Barcelona/Youtube

Lionel Messi will go down in football history as one of the greatest players to ever grace the pitch. The only rival that Messi has is Cristiano Ronaldo.

The two have been engaged in healthy competition in nearly a decade, with their matchups proving to be quite the headliner every time the two collides. With their performance – both as an individual offensive threat and a veritable leader for their respective clubs – Ronaldo and Lionel Messi have been given multiple Ballon d’Or.

Last year, the Argentinian managed to snatch the award as he was deemed the better athlete between both superstars. However, Lionel Messi said that he didn’t put a lot of stock to the award and revealed he isn’t gunning to get it this year, Goal reported.

Lionel Messi got his sight trained on a higher prize

“It wouldn’t be a disappointment not to win it. These awards are nice recognition, but for me, they were never a priority, I would be more disappointed to spend another year without winning the Champions League - it's been five years since we’ve done it,” Lionel Messi said.

It’s this sort of mentality that makes the 32-year-old a crucial part of Barcelona's success. In the years of him rising to stardom, Lionel Messi has become one of the best leaders in football history.

This leadership has been on display this past Sunday after Ousmane Dembele got in trouble with referee Miguel Antonio Mateu Lahoz. Dembele was full of emotion and got himself a yellow card after questioning Lahoz’s officiating. He was given a second yellow card again, and that’s where Lionel Messi came to the defense of his teammate, explaining to Lahoz that it’s all a misunderstanding on account that Dembele is French and can’t speak Spanish, Daily Mail reported.

Despite Messi’s effort, however, the Frenchman will still get a two-game suspension, missing out matches against Real Madrid and Eibar. Ronaldo and Lionel Messi would’ve collided yet again in the Real Madrid match, but given that the Portuguese native transferred to Juventus last year, that will no longer be happening. Messi recently revealed that he wanted Ronaldo to stay with the Los Blancos for a while as his presence provided an air of great rivalry for the entire football scene.