Kevin Durant Trade 2019: Warriors Star Touted to Leave the Team Due to His Body Language During Recent Interview 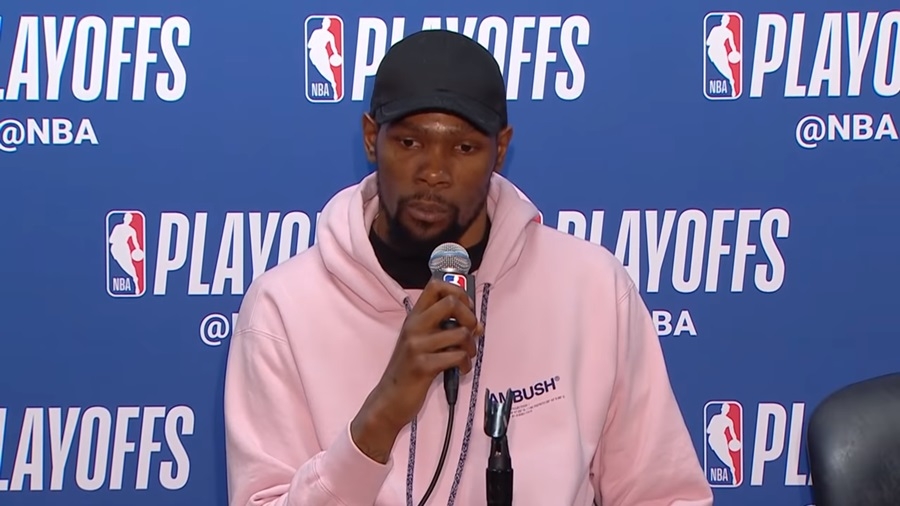 Kevin Durant’s free agency has now been partially eclipsed as the Playoffs is well underway. But that doesn’t mean the media has abandoned the narrative altogether. In fact, it’s expected to spike yet again due to the recent interview given by the Golden State Warriors to 60 Minutes, New York Post reported.

There were five Dubs present during the interview: Kevin Durant, Stephen Curry, Klay Thompson, Andre Iguodala, and Shaun Livingston. While Curry, Iggy, and Livingston were joking around throughout the whole thing, Durant and Thompson remained neutral. Some fans are convinced that their body language is a hint that both stars will be leaving the organization once they hit free agency.

Of course, given Thompson’s easy going personality, it can be argued that his lack of emotion during the interview is nothing more than him just being himself. This is Klay we’re talking about, after all. Which singles out Kevin Durant. Until now, the talented forward has yet to share his thoughts about his impending free agency and what his plans are moving forward.

“If I already made a decision, it would take away from the team, what we’re fighting for,” Kevin Durant told The Undefeated. “Every play would be overshadowed by it. It is not necessary for me to make a decision right now. It would be bad to do that. It would take the focus off of what is important. I would never want to put my teammates in a messed-up position. I want to forget about it.”

At the moment, the Golden State Warriors are up to 2-1 with their series against the Los Angeles Clippers. Kevin Durant led the team on their most recent victory as he drained 38 points, grabbed 4 rebounds, and dished out 7 assists to close the game 132-105.

The Warriors versus the Clippers are now heating up to a boiling point, so much so that the former has filed complaints against the latter regarding Patrick Beverly and how he’s been guarding Kevin Durant during the series. Durant himself said that he considers Beverly as a pest.

However, the 30-year-old did say that he respects Beverly’s actions on account that the guy is merely doing what he’s been paid to do. Unfortunately for Beverly, it seems he isn’t enough to stop Kevin Durant as evidence by the Dubs’ recent win against the Clippers. As for the complaint of the Warriors, there’s still no news what actions the NBA will take regarding the matter.