Kevin Durant Free Agency 2019: Warriors Superstar Supposedly Leaving Dubs; Wants to Strike Out On His Own 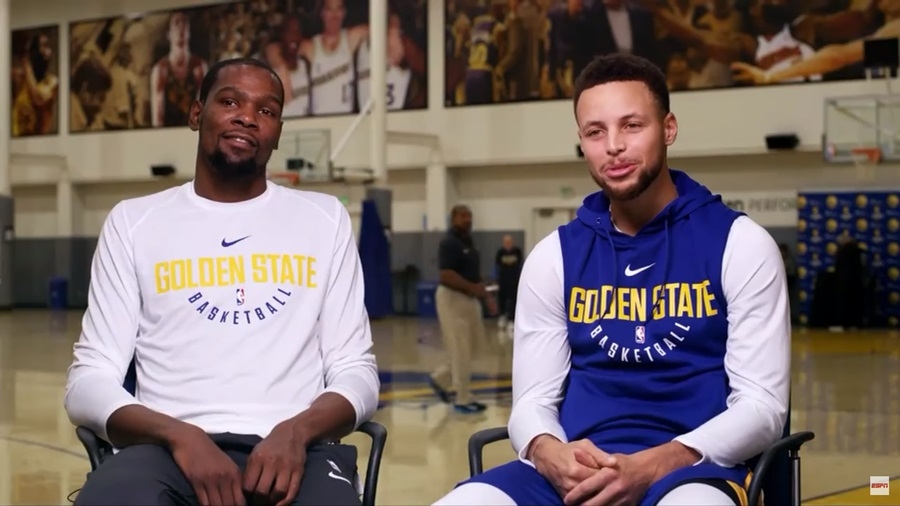 As Kevin Durant’s free agency is inching ever closer, the rumor mill is churning out one speculation after another where the two-time MVP is headed next. The New York Knicks is currently the hottest team being speculated upon and the recent statement of Bleacher Report’s Ric Bucher has doused gasoline on this narrative.

As Bucher would have it, Kevin Durant going to the New York Knicks is apparently a “done deal.” He then went on to explain that KD’s decision hinges on his desire about wanting to be on his own and be the real face of a franchise.

While Kevin Durant is the Golden State Warrior’s best closer, he isn’t necessarily the main guy for the team. Steph Curry is carrying that mantle regardless of the contribution that KD provided in the last two years. At least, that’s what Bucher is trying to point out.

In short, it appears that Kevin Durant wants to win a championship without being a part of the Warriors. The 30-year-old has been widely criticized following his decision to join the Dubs. And even when he won two championships with the team, there are still fans and critics out there who would say that those rings carry no weight on account that he won it during his tenure with the Warriors.

So is it really a “done deal” as Bucher said? Well, that isn’t necessarily true since Bucher’s previous predictions have been off the mark. Still, the narrative is indeed an interesting one and it would be curious to see what Kevin Durant will do when he becomes a free agent. The lethal scorer previously denied that he’s eyeing the Knicks and even went on a rant when sports journalists pressed him for answers.

If KD does mean what he said about wanting to play basketball and nothing more, it would be ill-advised for him to leave the Warriors organization since – as Colin Cowherd said – it’s literally basketball heaven. For the moment, Kevin Durant is still wearing a Warriors jersey and it’s still unclear whether Bucher’s statement will come into fruition. Fortunately, NBA fans wouldn’t have to wait long as it’s only a few months away before KD become a free agent.