Kevin Durant Injury Update: KD might not be returning on the court for a full year or more 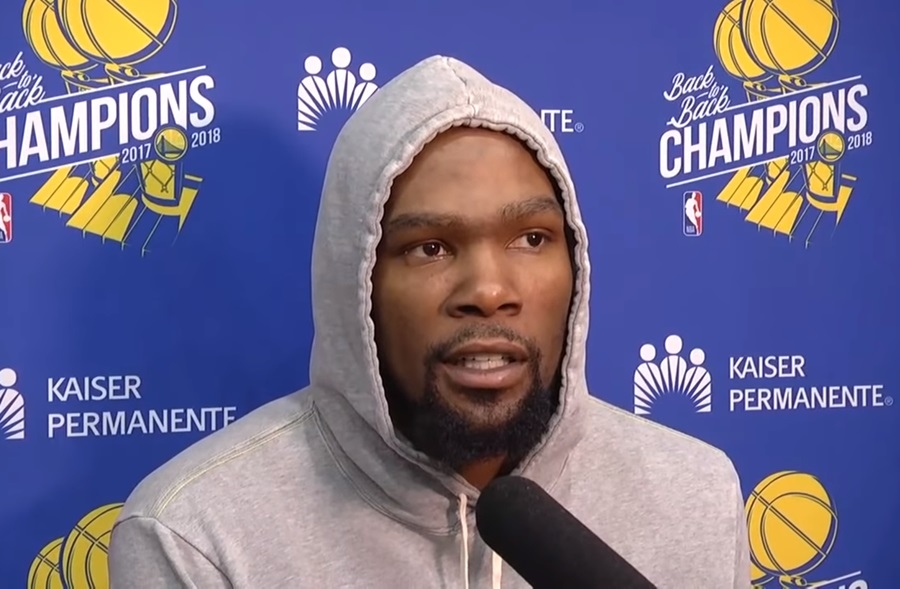 Following Kevin Durant’s devastating Achilles injury that will sideline him for the upcoming season, fans have been asking when he’s going to be returning. Unfortunately, it might not be a full year until we see KD on the floor again.

DeMarcus Cousins underwent a similar injury and were out for 12 months. Kevin Durant’s ruptured Achilles might undergo the same healing process.

But most of the fear is stemming from how this injury will affect the 30-year-old’s performance. This is why the Nets aren’t in a hurry to rush his recovery and are committed to helping Kevin Durant with his ordeal until the organization is sure he’s healed completely.

Kevin Durant’s absence will be felt by the Nets

"There's going to be absolutely none of that. We have far too much invested in him, and we owe it to Kevin [Durant] to get him back to 100 percent,” Nets general manager Sean Marks said in a statement.

Thus, it would be up to Kyrie Irving, DeAndre Jordan, and the rest of the Nets roster to push the team to Playoff contention. And while there’s little doubt that the Nets will make it to the playoffs next year, it’ll be an uphill climb without Kevin Durant on their side.

This is especially true since the league is now worlds away from what it looked like last year. New super teams have sprouted all over the place, with contenders further bolstering their ranks following a tumultuous free-agency season. Irving, Jordan, and Kevin Durant would’ve been a potent combination for the Nets, but that’s no longer possible in the immediate future.

Hopefully, the talented forward makes a full recovery from his injury as a ruptured Achilles is quite the hill to climb upon. Of all the players affected by it, almost all of them suffered a performance decline on the court, and there’s a high chance that Kevin Durant will join their ranks.

The good news is that modern medicine is as reliable as ever so KD’s efficiency might not take a nosedive all that much. Of course, that’s difficult to say since the Nets are keeping everything close to the chest, which is understandable since the outside noise might influence Kevin Durant’s road to recovery. Whatever the case, KD is out, and eyes have turned elsewhere in search for the new team that will emerge as the next favorite to win the 2019-2020 championship.