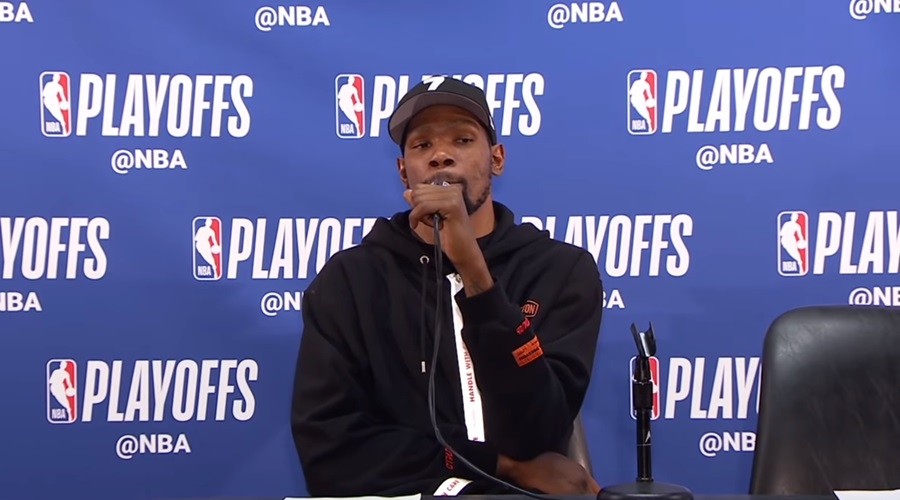 As the dust of the Playoff settles down, Kevin Durant found himself recovering from a torn Achilles tendon that was repaired last week. The procedure was spearheaded by Dr. Martin O’Malley, who also performed the bone graft surgery for KD’s right foot in 2015, NBCSports reported.

Now, it’s expected that Kevin Durant will miss the entirety of the 2019-2020 season and will likely return in the fall next year. By then, the two-time NBA Finals MVP will be 32 years old and is at the late stages of his prime.

But even though this is the case, the Golden State Warriors are reportedly still going to offer him a max deal. The question now becomes: is Kevin Durant willing to sign with the Dubs following their decision to play him during the Playoff that ultimately led to his current situation?

That’s still a point of contention at the moment. Financially speaking, the Warriors is the favorite to land Kevin Durant as they can offer him a five-year $220 million max contract. The New York Knicks comes in second with a four-year $164 million max deal, SNY reported. Other teams expected to make a play for KD are the Clippers, Lakers, and the Nets, the last of which is an interesting path to explore given the rumors surrounding Kyrie Irving.

Apparently, Uncle Drew is planning to sign with the Nets and could entice Kevin Durant to form a new dynasty there. This rumor has been brewing for a while after a video of the two NBA superstars went viral a few months back where they were seen engaging in animated conversation with each other.

As Kyrie Irving is a good friend of Kevin Durant, there is a possibility that the two could join forces. Add the fact that the Brooklyn Nets is a team that has reinvented itself in recent years, and this rumor obtains more weight. Of course, with Irving and Durant the center of this rumor, it’s best to maintain a healthy those of skepticism for now. Both these guys have already shown to be unpredictable when making decisions for their career, so it’s anyone’s guess right what they’re planning at this point in time.