Katie Holmes, Jamie Foxx rumor: Couple has a child but the actress is raising the baby without the father 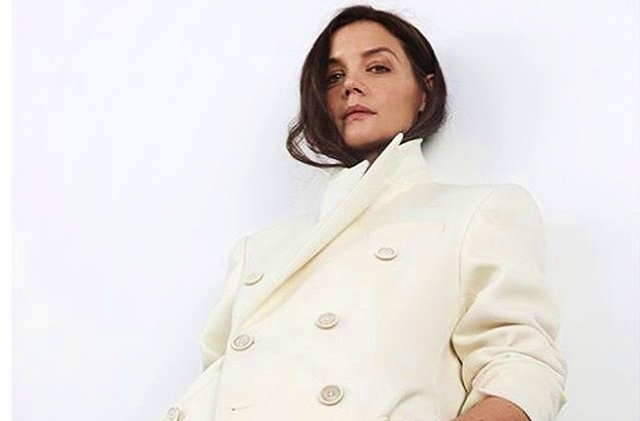 Katie Holmes was rumored to be pregnant last year as it has been her wish to have a child again. At that time, she was still with Jamie Foxx so obviously, the reports were stating that he is the father.

As per the report that appeared on NW magazine, Katie Holmes and the “Django Unchained” actor were expecting their first child together. However, it was suggested that because Jamie Foxx has not changed his ways and he has constantly been messing their relationship with his cheating rumors, the actress decided to just raise the baby by herself.

It was added that Suri Cruise’s mom was more than happy to keep the baby and raise her even without his father. A source supposedly told NW that the actress still loves her boyfriend but she stopped expecting something from him when she got pregnant.

“She doesn't want to push him and ask for something he can't deliver,” the unnamed source said. “She'll keep the status quo and let him date who he wants instead of pushing him to settle down with her.”

Furthermore, NW mentioned that Katie Holmes was able to raise Suri Cruise alone. Since her divorce from Tom Cruise in 2012, her daughter stayed with her and she was her sole guardian. Thus, it was suggested that she can also raise another kid without a father and will do everything to raise her well as she did with her first daughter.

"Katie's more than capable of being a single mom and raising two children by herself," the insider went on to say. “She had already built a nursery, picked out baby names and was convinced she was having a girl.”

There are many rumors about Katie Holmes and Jamie Foxx and one of the most popular narratives was about them having a baby. The report stated that she was set to give birth in the New Year so Gossip Cop finds this story really ridiculous since it is already the middle of 2020 and the actress does not have a baby yet.

This is because she did not give birth as the pregnancy rumors are false in the first place. Moreover, Gossip Cop still reached out to Katie Holme’s rep to confirm the story and was told that there is no truth in the report and besides, the actress broke up with Foxx in the spring of 2018 so there is no way they can get pregnant.