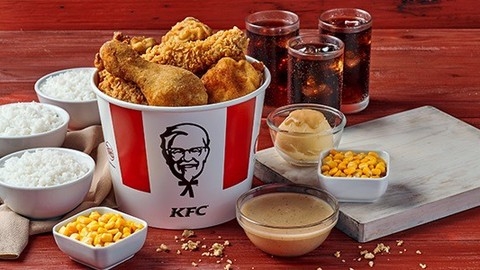 KFC has surpassed McDonald's as the world's most searched fast food brand, after a year of record new store development.

After it evaluated searches for consumer brands on a global scale over 12 months ending in March, Business Financing UK, a business finance and lending research and information publication, found Louisville-based KFC was the most searched fast food restaurant in 83 countries.

KFC showcased its global appeal in markets ranging from Ghana, Hungary, and Chile to Thailand.

In 39 nations, including the US, McDonald's was the brand that received the most searches.

In the most recent report, it ranked as the top brand across 75 nations.

KFC, owned by Yum Brands Inc. of Louisville, Kentucky, added 587 gross new restaurants throughout 49 nations in the first quarter of 2022, bringing its total number of locations to over 27,000.
KFC's revenue increased from $625 million in the same quarter last year to $660 million this quarter.

China (27 percent), the US (17 percent), Asia (12 percent), and Europe (10 percent) are its top four sales markets. Before it departed from Russia in March owing to its ongoing invasion of Ukraine, KFC was also the most well-known fast food brand in that country.