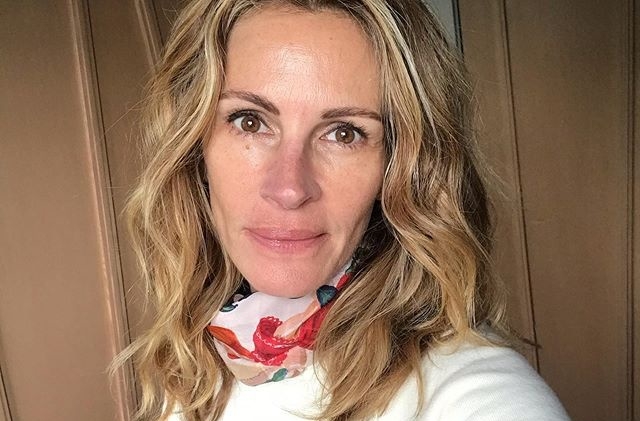 Julia Roberts is reportedly alone now that her husband Danny Moder allegedly dumped her. The “Pretty Woman” actress is also said to be starving herself to death after her other half left her.

The actress is famous for her wide smile and glow but now NW magazine is claiming that she is frail and doesn’t look good due to her extreme weight loss. She looks “scary skinny” and people around her are very concern.

It was alleged that Danny, her husband of nearly two decades kicked her out so he can date Katheryn Winnick, a colleague. An insider says Julia Roberts is losing weight fast since she can't eat properly due to her marriage troubles.

“When times are tough, she tends to neglect her diet and barely sleeps, so the pounds just melt off her,” the source supposedly told NW. “People are worried by how much Julia has lost.”

Based on the report, the 52-year-old actress only weighs 46 kg. now which is too light for her 175-cm tall frame. “God forbid she loses any more weight but she’s looking tiny these days and there’s talk she could be dropping below what she weighed before,” the source added.

This is not the first time that NW magazine reported about Julia Roberts supposed marital issues with Danny Moder and her extreme weight loss. These were always debunked since there is no evidence to support the claims.

Gossip Cop repeatedly shot down such reports about Julia and today, it is refuting this report again. This is because the actress is obviously still happily married to Daniel Moder.

They are still together and look even closer after celebrating their 18th wedding anniversary earlier this month. Apparently, Moder did not dump Julia and in fact, she posted a photo of them together as they mark their nearly two decades of marriage.

Julia Roberts can be seen planting a kiss on her husband’s cheek and she simply captioned her post “18 years” and added the #heckyes hashtag. She also looks great as always and not too skinny.

Indeed, their marriage is not crumbling at all like what was claimed. Rather, their relationship is getting better as time goes by. This rumor is absolutely baseless and false.