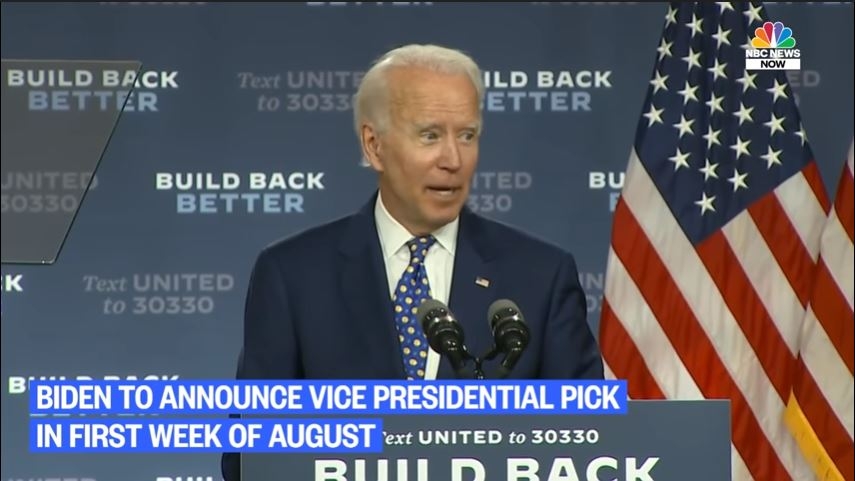 Former vice president Joe Biden’s campaign continues to ramp up its efforts less than 100 days until the November elections. Despite Biden having announced that he will reveal his chosen running mate this week, it appears to be unlikely as the presumptive Democratic nominee will postpone his announcement for two more weeks.

The Daily Mail reports Joe Biden is delaying his announcement of his vice-presidential pick by two more weeks via The Washington Post. This comes in the midst of concerns from supporters that the process and lobbying of who should become Biden’s vice president getting out of hand. There is also the added pressure on the vetting team, including Biden himself, to pick a Black woman or woman of color to be his running mate. However, this two-week delay only suggests that there is no favorite among the vetting team among the candidates who are supposedly on the shortlist.

Instead of having three names to choose from, Biden will reportedly be speaking to the five or six women who are thought to be strong vice-presidential picks. Allies of these candidates have stepped up their lobbying. As far as everyone knows, Biden revealed that four candidates happen to be Black women

The pressure has since increased to name a Black woman, following the Black Lives Matter protests sparked by the death of George Floyd. Each of the candidates has since been increasingly scrutinized, especially Senator Kamala Harris and Congresswoman Karen Bass.

“It’s been relentless, it’s been unfortunate. But I must say it’s been predictable. It’s extremely disappointing, because many of these attacks...are being made by Democratic men who should know better,” said the former interim chair of the Democratic National Committee Donna Brazile.

Nevertheless, it seems that the former vice president is maintaining favorability mostly through public opinion polls as well as endorsements from many groups. The Sun reports that Biden has received yet another endorsement, this time from the US Communist Party leader Bob Akavian of the Revolutionary Communist Party USA.

Akavian released a statement, voicing his support for Biden, saying that voting for the former vice president is necessary in order to defeat Donald Trump this November. Akavian described the Trump/Pence presidency as a fascist regime, and Biden’s victory is crucial to getting rid of said regime.