Joe Biden to meet with Angela Merkel in G20 Summit 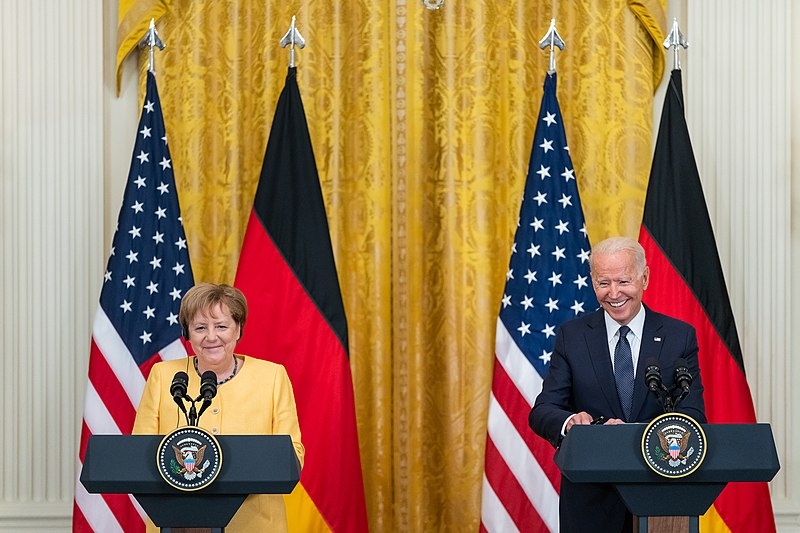 In the coming days, US President Joe Biden is set to meet his counterparts at the upcoming summits in Europe. The US leader will be meeting with outgoing German chancellor Angela Merkel during the summit.

An official for the German government revealed that Merkel would be having a bilateral meeting with Biden at the G20 Summit in Rome in the coming days. Merkel has also invited her likely successor Olaf Scholz to participate in the discussions between both nations. The official revealed that both leaders are expected to discuss the current situation with Iran and its nuclear program.

Merkel’s invitation of Scholz to take part in the bilateral discussions is a rare move for outgoing politicians. This also comes as Scholz’s Social Democratic Party is still in discussions with the Greens and Free Democratic Parties since winning the elections last month, according to Bloomberg. Scholz, who is currently serving as finance minister, is looking to get sworn into office in December as the new chancellor.

Until that time, Merkel will still serve as chancellor but in a caretaker capacity. Merkel has attended all G20 summits in Rome since its inaugural meeting in 2008. The upcoming meeting in Rome will see world leaders discuss issues from climate change, the COVID-19 pandemic, and Iran.

Ahead of the G20 Summit, Biden is set to meet with Pope Francis when he arrives in Rome. However, the Vatican has canceled the live television broadcast for the meeting, according to the Associated Press. The latest restriction to the media coverage of the pontiff has resulted in criticism from White House-as-well-as-Vatican-accredited members of the press.

The live broadcast of Biden’s visit to meet the Pope on Friday was cut down to only show the US leader’s motorcade’s arrival in the courtyard of the Apostolic Palace. Vatican spokesman Matteo Bruni said that the new plan reflected the “normal procedure” that was established during the pandemic for all visiting world leaders and government officials.

This would mark Biden’s first meeting with the Pope as the US President, having previously met the pontiff twice during his vice presidency. Biden is the second Catholic US president following John F. Kennedy.