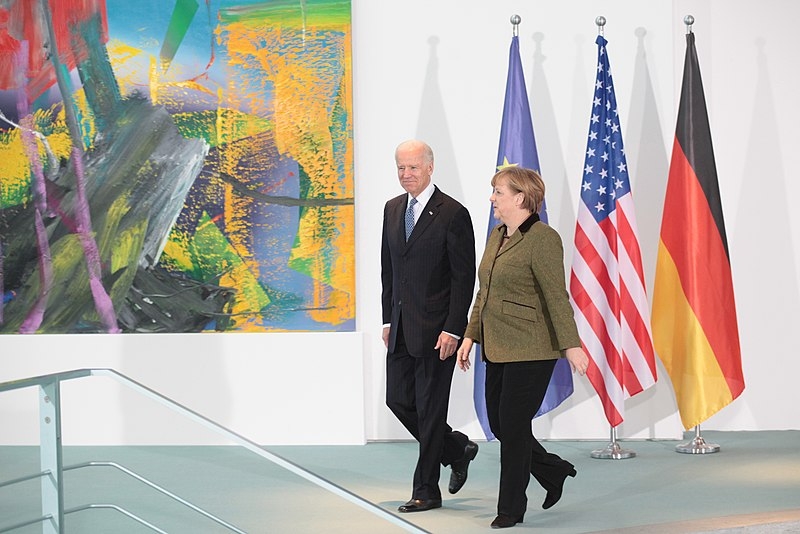 Since becoming the new president, Joe Biden has been busy contacting fellow world leaders to reaffirm ties while also pressing on some issues at hand. One of his most recent calls was with German Chancellor Angela Merkel, giving his reassurance of a reaffirmed alliance between the two countries.

Biden called Merkel on Monday, and during their conversation, the president assured Merkel that he is seeking to revive the transatlantic alliance that the United States has with Germany and other nations. This call with Merkel is one of several calls he has made over the weekend to reestablish the US’ ties with its allies all over the world. This was something that was undone during Donald Trump’s administration due to his America First policy that appeared to have isolated the US from its allies.

A statement from the White House also revealed that Biden expressed his views on the US’ partnership with NATO and the European Union as a “cornerstone of our collective security and shared democratic values.”

A statement from German government spokesperson Steffen Seibert said that Merkel welcomed the decisions Biden has made in his first few days in office. Biden immediately rejoined the US to the Paris Climate Agreement and involvement with the WHO. Merkel has also been positive about Biden’s election.

Merkel has been critical of the US’ ties with Germany during Trump’s term as president. The German Chancellor previously said that with Trump as president, Europe would need to become more independent and less reliant on its allies outside the continent. Trump on the other hand, accused Merkel of paying billions for gas and energy towards Russia and failing to uphold the commitment to allocating 0.2% of the GDP to military spending back in 2018.

In the meantime, Biden will look to waiting for more of his Cabinet nominees to be confirmed. So far, Avril Haines for DNI, Lloyd Austin for the Defense Department, Janet Yellen for the Treasury, and now Antony Blinken was confirmed by the Senate to become Biden’s Secretary of State. Blinken will succeed Trump’s previous appointees, Rex Tillerson and Mike Pompeo, and will be tasked with reversing Trump’s America First policy that has resulted in strained ties with international allies.