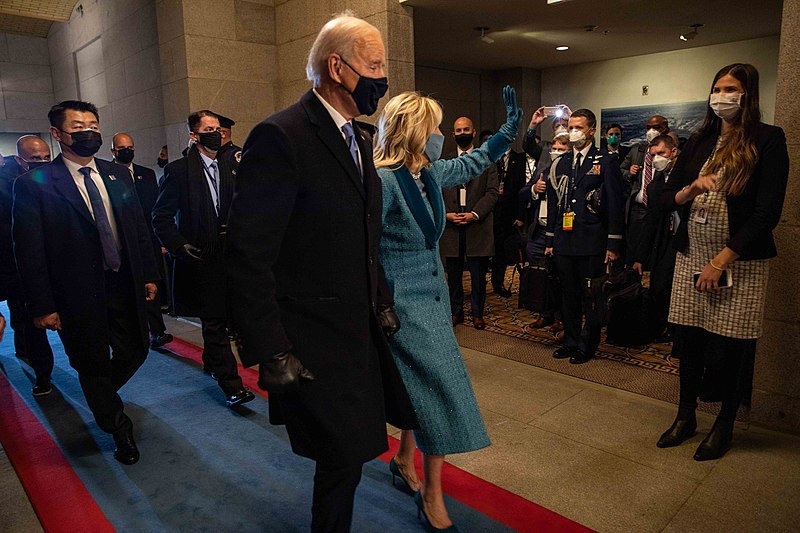 Despite having a busy schedule even more now than before as president, Joe Biden still regularly practices his Catholic faith. In his first weekend as president, Biden was seen returning from Sunday mass at a church in Washington DC.

Biden attended his first Sunday mass at Holy Trinity Catholic Church at Georgetown in Washington DC since being sworn in as president the week before. The president was accompanied by his son Hunter Biden and his two grandchildren Maisy and Finnegan Biden. Following Sunday mass, Biden and his motorcade made a stop at the popular bakery-deli Call Your Mother to make his order. Although he was not seen getting out of the car as a Secret Service agent was the one who took his order on his behalf, Biden was seen waving to people who were nearby.

Biden is the second Catholic president in US history, and being a devoted practitioner of his faith, attending weekly mass may be part of his schedule. On the morning of his inauguration, Biden attended mass at the Cathedral of St. Matthew the Apostle with all four congressional leaders. Whether Biden makes Holy Trinity his permanent parish during his term as president remains to be seen. However, Biden frequented the parish during his time as vice president, which was also the parish frequented by the first Catholic president, John F. Kennedy.

“On the advice of our medical team, the Administration does not intend to lift these restrictions on 26. In fact, we plan to strengthen public health measures around international travel in order to further mitigate the spread of COVID-19,” tweeted White House Press Secretary Jen Psaki last week.