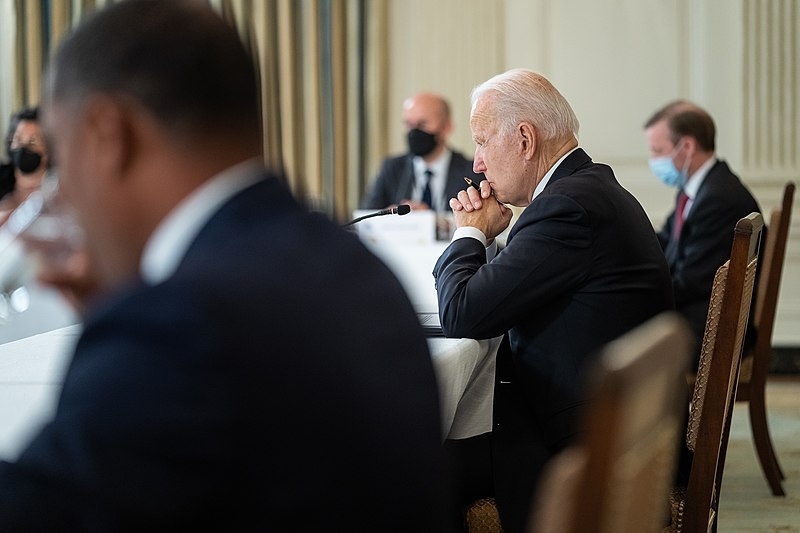 US President Joe Biden recently announced new efforts to get more Americans vaccinated against COVID-19 including the Delta variant of the virus in the midst of rising cases. Public health experts praised Biden’s new efforts to boost vaccination rates while Republicans have predictably criticized him.

Speaking with the Boston Globe, Dr. Ashish Jha, Dean of the Brown University School of Public Health said that Biden “got it right” and that his six-part strategy to end the pandemic in the US has the measures needed to keep COVID-19 under control. Dr. Jha also predicted that while the vaccine mandates would boost vaccination rates, it would not be popular among most who refuse to get inoculated but will still inevitably follow.

Dr. Jha also praised hospitals that receive Medicaid or Medicare funds for mandating vaccinations for workers. Dr. Jha also pushed back on the right-wing backlash that Biden has received over the mandates who cited mandatory vaccinations as an infringement on their personal freedoms. “People also have the right to be able to go to work and not get infected and not get sick and not die,” said Dr. Jha.

In the midst of the country’s struggle to keep the coronavirus under control, infection and death rates have spiked in certain states for the past several months. The death toll as of late has gone over 650,000 Americans. Some hospitals are also struggling to accommodate patients suffering from COVID-19 and from other sicknesses.

The Biden administration mandated vaccinations for workers in most healthcare settings that receive reimbursement from Medicare or Medicaid. Biden is also requiring vaccinations for the staff in Head Start schools, Defense Department schools, and the Bureau of Indian Education-operated schools. Biden also called on states to also adopt these requirements for all employees working in the education sector.

In other news, Biden will be traveling to Sacramento, California this week to tour the West Coast to survey the damage done by wildfires. The US leader will be receiving a fire briefing from officials at the California Office of Emergency Service. The briefing would be followed by an aerial tour of the Caldor Fire damage area. Biden is also expected to give remarks on climate change, the infrastructure plan, and rebuilding.