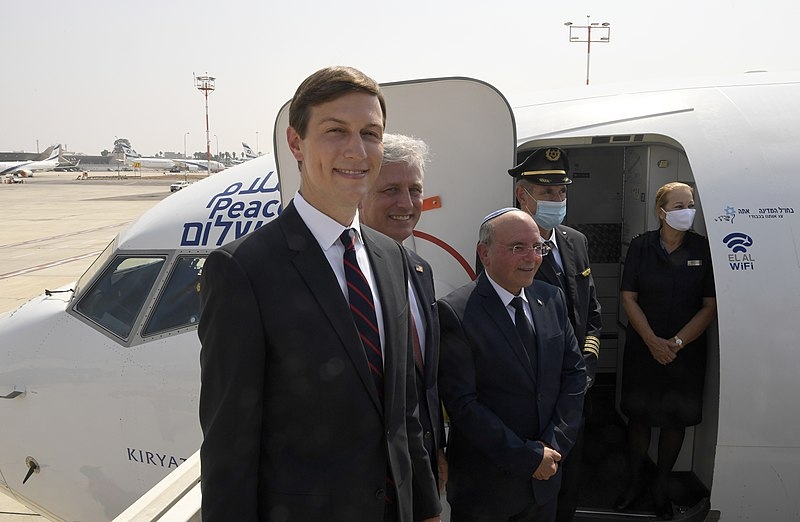 During the presidency of Donald Trump, his son-in-law Jared Kushner served as a White House adviser, mostly overseeing peace deals in the Middle East. According to an upcoming book, Trump had nothing but praise for his son-in-law, saying that Kushner was the “smartest guy” he has ever met.

Excerpts from an upcoming book written by New York Times journalists Jonathan Martin and Alexander Burns titled “This Will Not Pass: Trump, Biden, and the Battle for America’s Future” revealed that the former president praised Kushner’s intelligence as he talked about how his daughter, Ivanka Trump, once dated NFL star Tom Brady, who later married supermodel Gisele Bundchen. Kushner is married to Ms. Trump, with both serving as White House advisers.

“Jared, Trump told a friend at his Virginia golf course, was ‘the smartest guy I’ve ever seen in my life…Can’t throw a football ten yards, and Ivanka coulda married Tom Brady,’ Trump said, according to the friend. ‘But he’s a great kid, he’s got my back,’” the excerpt revealed.

The Trump administration has touted the peace deals in the Middle East, called the Abraham Accords, as its greatest achievement. Kushner’s work in overseeing the deals, along with colleague Avi Berkowitz, led to a recent nomination for both of them for the Nobel Peace Prize. Both Kushner and Berkowitz were nominated by Republican Rep. Lee Zeldin. Zeldin is one of the two Jewish Republicans in Congress.

“The Abraham Accords, signed in 2020, represent the most significant diplomatic breakthrough between Israel and Arab nations in decades,” wrote Zeldin in his nomination. Kushner told the New York Post that he was humbled by the nomination. Berkowitz served as the main negotiator and worked in 2020 to finalize the records.

The accords also represent a rare common agreement between the Trump and Biden administrations. US President Joe Biden is seeking to expand the accords.

Kushner and Berkowitz were previously nominated for the Nobel Peace Prize by Alan Dershowitz for the accords. Dershowitz’s nomination counts as he is a professor emeritus of Harvard Law School and is among another group eligible to make nominations for the accolade.