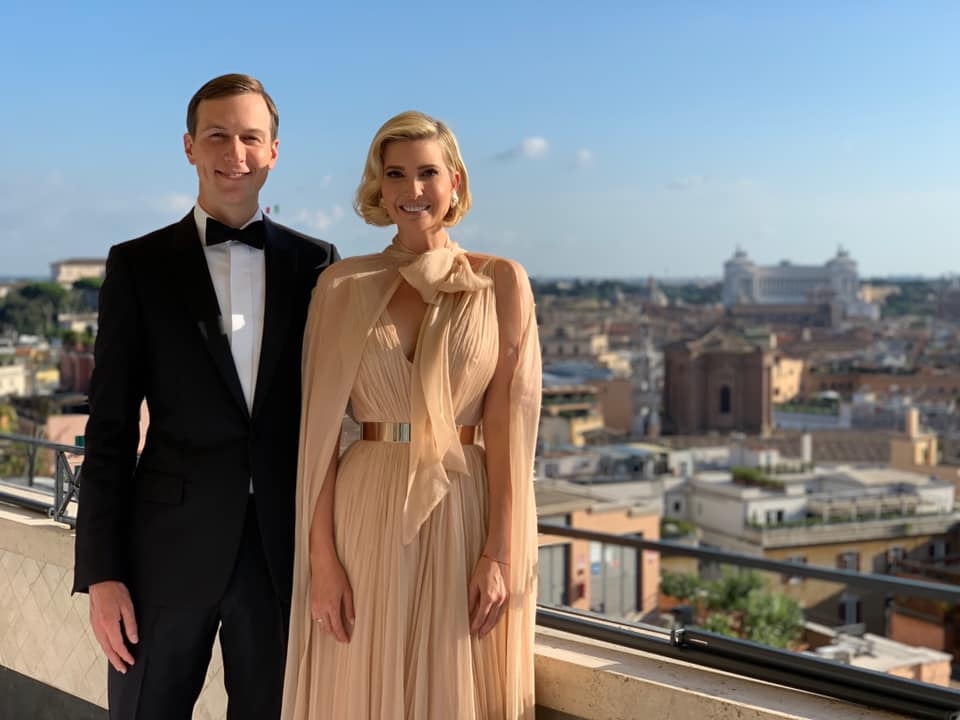 Jared Kushner just celebrated his 39th birthday anniversary on Friday, January 10. His wife, Ivanka Trump, decided to pay tribute to the love of her life by posting a sweet message on social media and showing to the world just how happy she is to have her husband of 10 years in her life.

Ivanka Trump made a tribute to Jared Kushner on his birthday by sharing a couple of photos on social media just as he was heading out for work on Friday. “Happy birthday to my love!” Ivanka captioned the photos. “Thank you for making each day lighter, brighter, and full of happiness! I love you, Jared.”

The first picture shows Jared with his right arm around Ivanka while she was leaning her head against his. The shot was taken while they were seated on a table filled with empty glasses and a flower arrangement, which is probably inside a restaurant somewhere in Paris.

Ivanka is impeccably dressed as usual and opted for a V-neck black top with a ruffled collar for the occasion. To complete the elegant ensemble, she showcased her pearl earning buy pulling back her hair.

Jared, on the other hand, opted for a more casual get-up by donning on a gray button-down shirt. Eagle-eyed fans were quick to point out that it was the same shirt he wore when the couple visited Paris last month where they toured the Louvre, which could mean that the photo was taken at dinner later that day.

Meanwhile, the second photo Ivanka Trump posted on Instagram shows her and Jared with the Great Smoky Mountains as their backdrop. The shot was likely taken in October 2019 when the couple celebrated their 10th wedding anniversary.

Ivanka can be seen with donning cropped leggings, a black hooded sweatshirt and a pair of sunglasses. Jared wore a gray hooded jacket, a baseball cap, and gray pants. The couple is smiling with their arms around each other while turning their head to face the camera.

Ivanka Trump and Jared Kushner married in 2009. They have three kids: eight-year-old Arabella, six-year-old Joseph, and the youngest, Theodore, who is three years old.