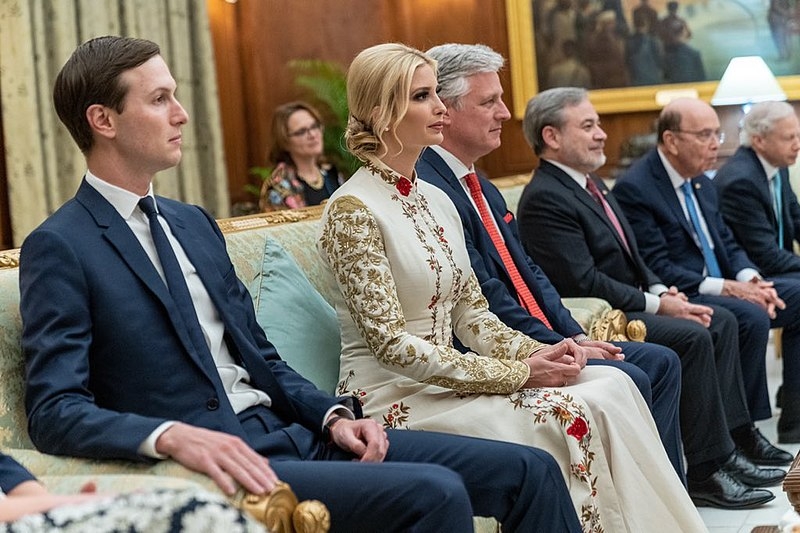 More and more public figures have spoken against the siege that occurred at the Capitol by pro-Trump rioters, including Jared Kushner and Ivanka Trump’s sister-in-law Karlie Kloss. The supermodel revealed that she has tried to reach out to them to convince them to accept the election results.

Kloss, who is married to Joshua Kushner, both of whom lean Democratic, revealed on Twitter that she has attempted to convince her Republican-leaning in-laws to accept the results of the elections. The model spoke up following the siege by a pro-Trump mob at the Capitol that attempted to derail or overturn the results, condemning the actions of the rioters. One user responded that she should tell this to her in-laws, who also serve in the Trump administration as White House advisers. The user’s response has since been deleted when Kloss responded in a separate tweet that she tried.

“Accepting the results of a legitimate election is patriotic,” tweeted Kloss. “Refusing to do so and inciting violence is anti-American.”

The model has rarely publicly spoken about her connection to the Trump family, and many have noted hers and her husband’s difference in political ideology to her sister and brother-in-law. Kloss is also expecting her first child with Kushner a few years after they married in 2018.

Meanwhile, Ivanka was also subject to the backlash towards her father and other Republican lawmakers following and during the riots. Ms. Trump, in a since-deleted tweet that quoted her father’s tweet regarding the Capitol Police, called the rioters “patriots” and urged them to be peaceful, but did not ask them to back down or refrain from further aggression.

Ivanka later backtracked on her tweet when CNN’s Kate Bennett asked if she was referring to the insurrectionists as the “patriots” and responded, “No. Peaceful protest is patriotic. Violence is unacceptable and must be condemned in the strongest terms.” The White House adviser has since remained silent on the matter.

The outgoing president was only reluctantly admitting defeat earlier today, amidst a series of resignations from prominent White House staff and reportedly upon receiving word that the 25th Amendment or a new impeachment proceeding may be invoked.