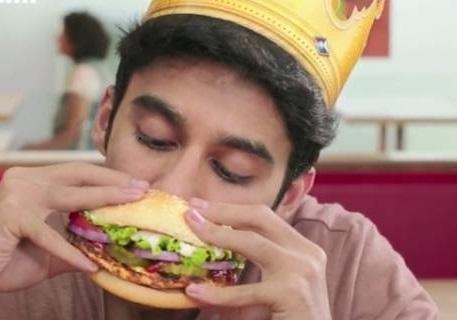 Burger King's stock has gone up by 141 percent from its offer price of Rs60 during its debut on the bourse in December 2020.

Burger King's stock has gone up by 141 percent from its offer price of Rs60 during its debut on the bourse in December 2020.

Indians are also putting their money on other listed quick-service restaurants (QSRs) such as Domino's Pizza franchisee Jubilant Foodworks.

The news of Domino's launching biryani and kebab outlets sent its stocks soaring.

According to Naveen Trivedi, an analyst at the brokerage firm HDFC securities, the online delivery market started growing when smaller restaurants were forced to close and the QSRs tailoring their menus to suit Indian tastes.