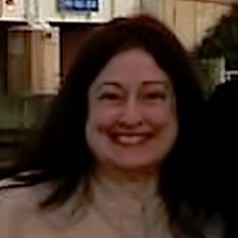 The 100 United States senators who are jurors in the impeachment trial of President Donald Trump have taken a special oath in order to take part in that proceeding. As they enter the active phase of the trial on Tuesday, this oath is supposed to govern their behavior.

It’s not the first oath that the lawmakers have taken in their Senate careers.

Members of Congress, as well as federal judicial officers and members of state legislatures, must swear to “support the Constitution.” But the Constitution does not specify the form of the oath. So the very first Congress crafted an oath of office and – with minor modifications – that is the oath each member of Congress swears when he or she takes her seat in the House or the Senate.

The words of the oath and the requirement of a signature remain substantially the same: “I solemnly swear (or affirm, as the case may be) that in all things appertaining to the trial of the impeachment of (the president’s name), President of the United States, now pending, I will do impartial justice according to the Constitution and laws: so help me God.”

Senate rules also require that each senator taking the oath memorialize that action by signing an official register.

Justice Joseph Story, in his Commentaries on the Constitution, written between 1848 and 1853, articulated the reason for the requirement of an oath in government:

“It results from the plain right of society to require some guaranty from every officer, that he will be conscientious in the discharge of his duty. Oaths have a solemn obligation upon the minds of all reflecting men, and especially upon those, who feel a deep sense of accountability to a Supreme being.” “[O]aths are required of those, who try, as well as of those who give testimony, to guard against malice, falsehood, and evasion, surely like guards ought to be interposed in the administration of high public trusts, and especially in such, as may concern the welfare and safety of the whole community.”

Certainly, a decision made by the Senate on removing a president from office counts as a “solemn obligation” that affects the welfare of the United States.

The requirement that each senator attest to the oath to do impartial justice by signing an official record is meant to emphasize the gravity of that obligation.