The renewed partnership between the NBA team includes a variety of marketing and community initiatives.

The Premier League made the decision following consultation with the UK police authorities. 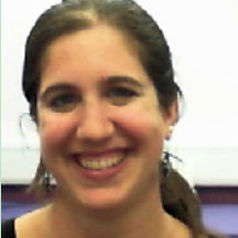 The success of England at the Women’s Euros has increased interest in women’s football to unprecedented levels, with record-breaking viewing and attendance figures and an increase in Women’s Super League (WSL) season-ticket sales. But, as is all too obvious in the women’s game, success comes from investment at both national and club levels.

The national teams that dominated the Euros had invested in both player contracts and available resources. They were also stacked with professional players from clubs that have invested in their women’s teams, like eight-time Champions League winners Olympique Lyonnais and Barcelona.

With greater success, of course, we also see more investment, as businesses are more likely to want to be associated with proven “products”. And with more money comes more demands on players and teams.

Where does the money currently come from?

Most women’s teams are reliant on financial support from their club’s overall group (for instance, Arsenal Holdings PLC is the group that owns both the men’s and women’s teams). In the case of the WSL, the money comes mainly from their affiliated men’s teams.

So while there has been an increase in broadcasting income for WSL teams this year following the landmark Sky and BBC deal of over £8m per season, there’s still the issue of influence from mainly male boards and men’s teams subsidising the women’s game.

Other income for women’s teams comes from ticket sales for games (matchday income) which, given average crowds for the last pre-COVID WSL season (2019-20) were 3,072, is not a large number. Overall, 90% of Arsenal Women’s income for the COVID-affected 2020-21 season (the last season for which available accounts exist) came from the owning group, followed by 6% from broadcasting, 4% from commercial, and only 0.2% from matchday (this was 17% of the income in the pre-COVID 2018-19 season).

Those women’s teams, like the men, who play in Uefa competitions or do well in domestic competitions also get some appearance and prize money.

Where could more money come from?

Of course, increasing attendances would help with income and investment (more money coming in means more money to spend). However, men’s teams at the highest level, such as the Premier League, get most of their money from broadcasting, followed by commercial or sponsorship opportunities (shirt sponsorship, commercial partners), with the smallest proportion from matchday attendance. This changes as you go down the men’s leagues with (very high) dependence on ticket sales in the lower leagues.

Women’s teams in the last few years have shown they can draw in crowds, particularly at showcase events at men’s grounds, although there is still reluctance by teams to host these, as seen by the number of teams not bidding to host the Women’s Euros in their stadiums.

So what’s the problem?

The biggest potential for investment is from increasingly growing broadcasting and commercial and sponsorship opportunities. This is the area where we’re already seeing increased interest and investment in women’s sports.

Broadcasting interest can affect things like what times matches are played, and therefore both crowd numbers and types of crowds – which may, in turn, affect the family atmosphere the WSL is famed for.

Also, there’s debate around financial distribution – money going to the more successful clubs tends to create an established elite. This can then cause a competitive balance problem – where a select few clubs are so much stronger that the rest can’t even hope to compete, so the winner (or top two) are known from the start of the league or tournament, making it less exciting.

Across Europe, the competitive balance in the men’s game has decreased over the years. Women’s clubs have a chance to stop themselves from following a similar path by ensuring a more equal financial distribution from the start.

Sponsorship is also a potential landmine, as it brings up ethical issues and may affect emotional authenticity. Football has been criticised for sportswashing (where money is invested heavily into clubs or leagues, often by regimes with poor human rights records to improve their external image) and for its damaging links to betting. These are things that women’s clubs should consider before bringing on sponsors.

Despite the temptation to take all the money thrown at them, a more nuanced approach may be required. Development funds are needed to grow pathways and strengthen current player salaries, but clubs need to ensure that doesn’t make the game unrecognisable.

It is also worth considering whether they can continue to draw in increasingly larger numbers of fans while retaining their identity.

To an extent, given that women’s footballers’ appeal relates to their interactions with fans both through social media and at the grounds, it may be possible to do so – particularly with the former. However, crowds in the tens of thousands are different to crowds in the low thousands. Much larger crowds limit how much the players can interact with fans.

Including more women on both women’s and overall club boards, engaging with women’s football fan groups, and carefully vetting sponsors and contract terms are all key to building the women’s game while retaining the authenticity and atmosphere that makes it special. We want the game to grow, for players to be rewarded, and for development pathways to exist for future players. But we also want the game to stay true to its roots in a way that, perhaps, the men’s game hasn’t.