How can we learn to reject fake news in the digital world? 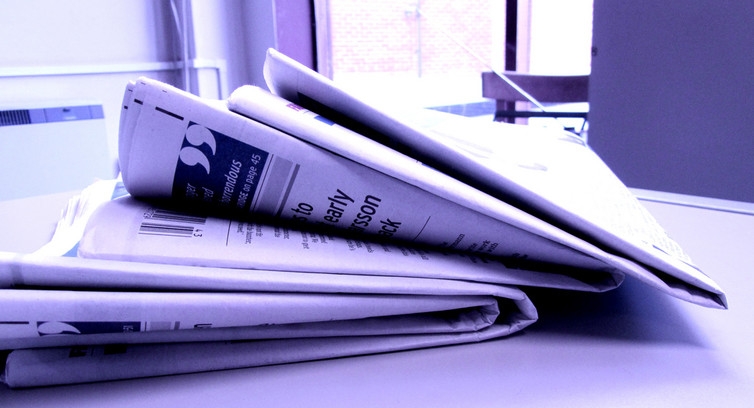 Metaliterates learn to question the sources of information. Jon S, CC BY 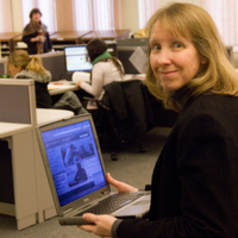 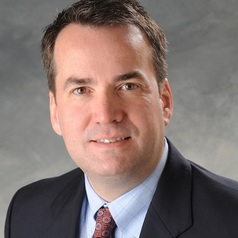 The circulation of fake news through social media in the 2016 presidential election has raised several concerns about online information.

Of course, there is nothing new about fake news as such – the satirical site “The Onion” has long done this. Fake news satire is part of “Saturday Night Live”‘s Weekend Update and “The Daily Show.”

In these cases, the framework of humor is clear and explicit. That, however, is not the case in social media, which has emerged as a real news source. Pew Research Center reports that Facebook is “the most popular social media platform” and that “a majority of U.S. adults – 62 percent – get news on social media.” When people read fake news on social media, they may be tricked into thinking they are reading real news.

Both Google and Facebook have promised to take measures to address the concerns of fake news masquerading as real news. A team of college students has already developed a browser plug-in called FiB to help readers identify on Facebook what is fake and what is real.

The question then is: Can we better prepare ourselves to challenge and reject fabrications that may easily circulate as untruthful texts and images in the online world?

As scholars of library and information science, we argue that in today’s complex world, traditional literacy, with its emphasis on reading and writing, and information literacy – the ability to search and retrieve information – are not enough.

What we need today is metaliteracy – an ability to make sense of the vast amounts of information in the connected world of social media.

Why digital literacy is not enough

Students today are consumers of the latest technology gadgets and social media platforms. However, they don’t always have a deep understanding of the information transmitted through these devices, or how to be creators of online content.

Researchers at Stanford University recently found that “when it comes to evaluating information that flows through social media channels,” today’s “digital natives,” despite being immersed in these environments, “are easily duped” by misinformation.

They said they “were taken aback by students’ lack of preparation” and argued that educators and policymakers must “demonstrate the link between digital literacy and citizenship.”

The truth is that we live in a world where information lacks traditional editorial mechanisms of filter. It also comes in various styles and forms – it could range from digital images to multimedia to blogs and wikis. The veracity of all this information is not easily understood.

This problem has been around for a while. In 2005, for example, a false story about a political figure, John Seigenthaler Sr., was posted by an anonymous author on Wikipedia, implicating him in the assassinations of President John F. Kennedy and Bobby Kennedy. Seigenthaler challenged this fake entry and it was eventually corrected. Several other hoaxes have circulated on Wikipedia over the years, showing how easy it is to post false information online.

Indeed, in 2007, FactCheck.org, a website that monitors the accuracy of what is said by major U.S. political players, urged readers to ask critical questions in response to a false story that had been placed about House Democratic leader Nancy Pelosi. At the time, people were being misled into believing that Pelosi was proposing a tax on retirement funds and others to help illegal immigrants and minorities.

In 2016, FactCheck.org published a set of practical steps to encourage closer reading and critical thinking.

As we see it, metaliteracy is a way to achieve these goals.

So, what is metaliteracy?

Digital literacy supports the effective use of digital technologies, while metaliteracy emphasizes how we think about things. Metaliterate individuals learn to reflect on how they process information based on their feelings or beliefs.

To do that, first and foremost, metaliterates learn to question sources of information. For example, metaliterate individuals learn to carefully differentiate among multiple sites, both formal (such as The New York Times or Associated Press) and informal (a blog post or tweet).

They question the validity of information from any of these sources and do not privilege one over the other. Information presented on a formal TV news source, such as CNN or Fox News, for instance, may be just as inaccurate as someone’s blog post. This involves understanding all sources of information.

Second, metaliterates learn to observe their feelings when reading a news item.

We are less inclined to delve further when something affirms our beliefs. On the other hand, we are more inclined to fact check or examine the source of the news when we don’t agree with it. Thinking about our own thinking reminds us that we need to move beyond how we feel, and engage our cognitive faculties in doing a critical assessment.

Metaliterates pause to think whether they believe something because it affirms their ideas.

Metaliteracy helps us understand the context from which the news is arising, noting whether the information emanates from research or editorial commentary, distinguishing the value of formal and informal news sources and evaluating comments left by others.

By reflecting on the way we are thinking about a news story, for instance, we will be more apt to challenge our assumptions, ask good questions about what we are reading and actively seek additional information.

Consider the recent example of how fake news was put out through a single tweet and believed by thousands of readers online. Eric Tucker, a 35-year-old cofounder of a marketing company in Austin, Texas, tweeted that anti-Trump protesters were professionally organized and bused to Trump rallies. Despite having only 40 Twitter followers, this one individual managed to start a conspiracy theory. Thousands of people believed and forwarded the tweet.

This example shows how easy it is to transmit information online to a wide audience, even if it is not accurate. The combination of word and image in this case was powerful and supported what many people already believed to be true. But it also showed a failure to ask critical questions within an online community with shared ideas or to challenge one’s own beliefs with careful reflection.

In other words, just because information is shared widely on social media, that does not mean it is true.

Another emphasis of metaliteracy is understanding how information is packaged and delivered.

Packaging can be examined on a number of fronts. One is the medium used – is it text, photograph, video, cartoon, illustration or artwork? The other is how it is used – is the medium designed to appeal to our feelings? Does professional-looking design provide a level of credibility to the unsuspecting viewer?

Social media makes it easy to produce and distribute all kinds of digital content. We can all be photographers or digital storytellers using online tools for producing and packaging well-designed materials. This can be empowering.

But the same material can be used to create intentionally false messages with appealing design features. Metaliterates learn to distinguish between formal and informal sources of information that may have very different or nonexistent editorial checks and balances.

They learn to examine the packaging of content. They learn to recognize whether the seemingly professional design may be a façade for a bias or misinformation. Realnewsrightnow, for example, is a slickly designed site with attention-grabbing but often false headlines. The About page of the website might raise questions, but only if a reader’s mindset is evaluative.

Because social media is interactive and collaborative, the metaliterate learner must know how to contribute responsibly as well.

Metaliterate individuals recognize there are ethical considerations involved when sharing information, such as the information must be accurate. But there is more. Metaliteracy asks that individuals understand on a mental and emotional level the potential impact of one’s participation.

So, metaliterate individuals don’t just post random thoughts that are not based in truth. They learn that in a public space they have a responsibility to be fair and accurate.

So how can we become metaliterate?

Schools need to urge students to ponder these questions. Students need to be made aware of these issues early on so that they learn how not to develop uncritical assumptions and actions as they use technology.

They need to understand that whether they are posting a tweet, blog, Facebook post or writing a response to others online, they need to think carefully about what they are saying.

While social media offers much promise for providing everyone with a voice, there is a disturbing downside to this revolution. It has enabled sharing of misinformation and false news stories that radically alter representations of reality.