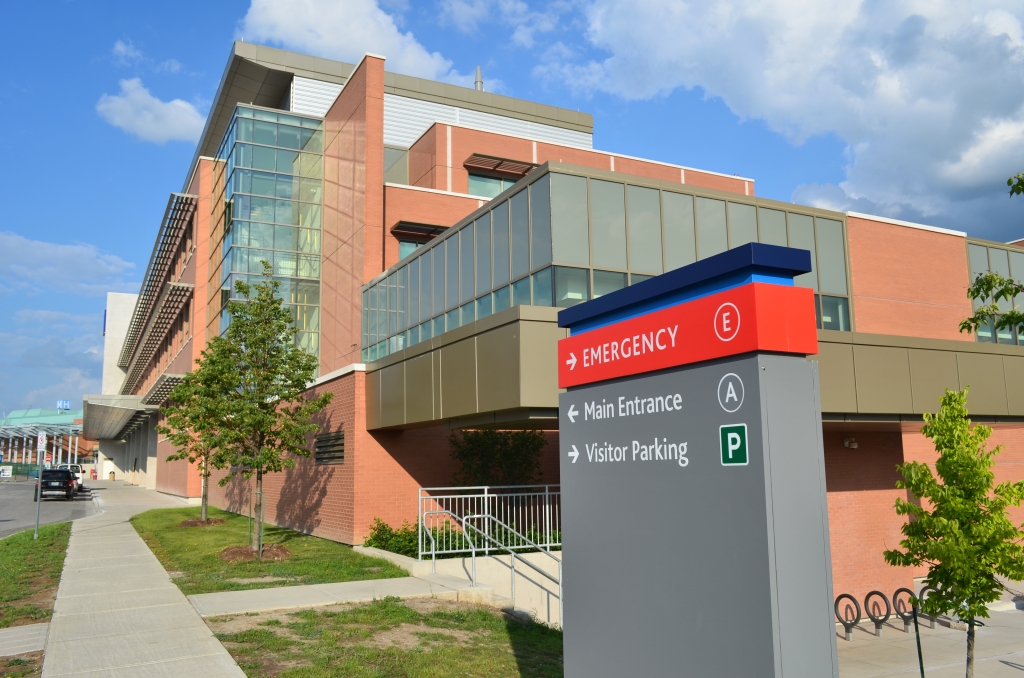 Emergency rooms are often staffed by people who do not work directly for the hospital. Raysohno/WikimediaCommons 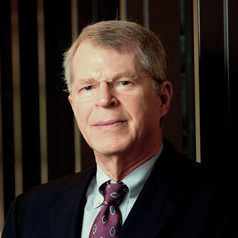 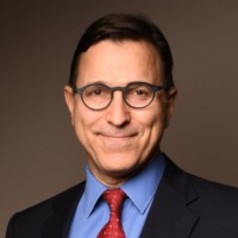 Hospitals have long embraced the practice of outsourcing some services to specialized companies. Much of this outsourcing is for nonclinical tasks such as laundry, information technology and cybersecurity, and outsourcing those types of services can boost efficiency and quality.

However, over the past few years there has been a fast-growing trend of hospitals outsourcing clinically relevant services – like anesthesiology and emergency medicine – to companies separate from the hospital. When that happens, hospitals relinquish some of the control they have over quality of care.

One of us is a researcher who studies service quality within health care systems and the other is a practicing physician, researcher and adviser to medical centers who has had direct experience with outsourcing. Together with collaborators, we analyzed published research to better understand the benefits and risks of outsourcing in health care.

Our research focused on four clinically relevant services – emergency care, radiology, laboratory services and environmental services – and we found tangible harm to patients and hospitals when those were outsourced.

When you walk into an emergency room in the U.S., the physician who helps you might not work for the hospital you are in. Two-thirds of U.S. emergency departments use some sort of outsourcing, and more than half of practicing emergency physicians work not for a hospital but for separate companies called contract management groups.

Some of these management groups are owned by private equity firms. The private equity health care model is to purchase private medical practices and consolidate them into a bigger firm that provides outsourced services, quickly increase the firm’s value, and then sell the firm for a handsome profit.

Contract management groups claim to streamline the recruiting and credentialing of emergency department staff to relieve hospitals of these tasks and, hopefully, lower costs. But the elephant in the room for emergency medicine and other medical specialties is that a profit-maximizing goal can conflict with prioritizing the well-being of patients and medical staff.

In emergency care, for example, these contracting groups often have aggressive patient-per-hour quotas and provide incentives for medical staff to order more procedures and tests – even if they’re not warranted. In one study, more than one-third of emergency physicians employed by these groups said they had concerns about losing their job if they raised questions about overtesting, quality of care, or patient treatment – roughly double the rate for doctors employed by hospitals.

Contract management groups have also contributed to surprise billing and excessive collections. For example, in the first six months of 2019, TeamHealth, one of the largest such groups in the U.S. that contracts out emergency room physicians, filed more unpaid-bill lawsuits against patients in Memphis, Tennessee, than three local hospitals did combined. It was only negative publicity that made the company reverse course and stop suing patients. 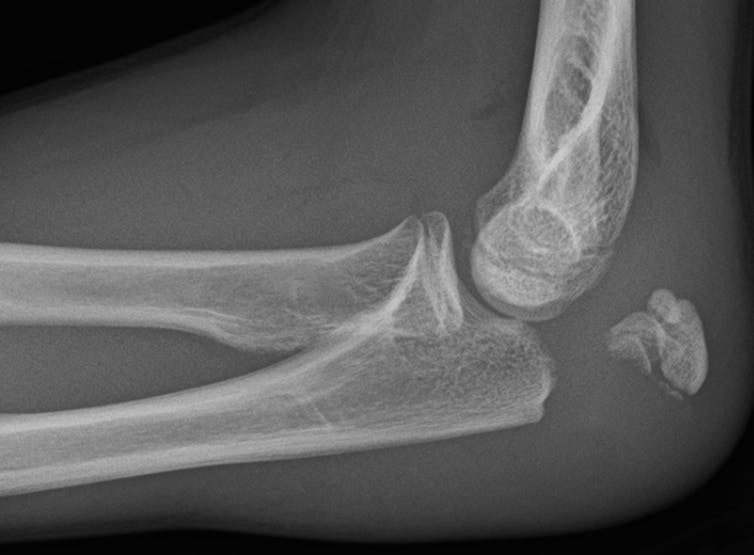 When you get an MRI or an X-ray, having a radiologist interpret the results is often the most costly and time-consuming part of the process. The potential to speed up interpretation of results and cut costs has led many hospitals to contract with separate, off-site radiology services.

The practice is widespread: About 50% of radiologists say that they have interpreted imaging results away from where the images were taken and a quarter say that off-site interpretation is the majority of their work.

For instance, off-site radiologists often lack access to patients’ prior imaging records or medical history. If these radiologists can’t see how a person’s condition has changed over time, it is harder to make an accurate diagnosis. This can lead to unnecessary and costly further testing. Moreover, off-site radiologists can have a harder time communicating with the physician who ordered the test, potentially reducing the quality and continuity of care.

Finally, there have been numerous reports of for-profit radiology companies using radiology technicians who are not physicians for certain services. Radiology technicians are less expensive to hire than radiologists but also less well trained. A licensed radiologist or physician is required by law to review and sign every report. But in a notorious example, one radiologist who owned a for-profit practice serving 15 U.S. hospitals signed off on more than 71,000 radiology reports during an eight-month period. The company was sued by the U.S. government, with investigators finding that licensed radiologists reviewed fewer than 6,000 – about 8% – of those reports. 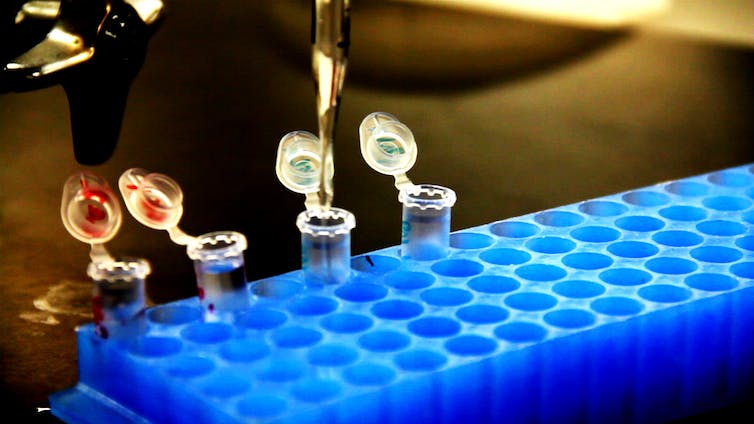 Another commonly outsourced service is bloodwork and other laboratory testing. Quest Diagnostics alone provides some level of lab service to about half of all U.S. hospitals.

While the potential financial savings of using an off-site lab can be alluring to many hospitals, they often face unplanned and sizable cost increases caused by higher test prices, excessive testing and costly management fees. In one study, two academic medical centers that stopped outsourcing laboratory testing and brought it back in-house reported saving $1 million to $4 million in the first year. There is also evidence that outsourcing can result in slower test turnaround times and nonreproducible test results.

Environmental services, previously known as “hospital housekeeping,” are a long underappreciated but key part of infection control in health care – even more so in the COVID-19 era. More than one-third of U.S. hospitals outsource environmental services, but these outside firms often don’t give workers adequate time to clean patients’ rooms, and they tend to pay lower wages than in-house employers do.

Health care is a unique service that must balance quality of care and people’s very lives with economic realities and profit motives. However, when profit becomes a singularly dominant goal, the best interests of patients, hospital staff and the hospital itself are jeopardized. Profit maximization does not align well with improving the safety and overall quality of patient care.

Many hospitals also are for-profit companies, but unlike contract management groups, hospitals are more visible and financially accountable to the public. Outsourcing has a beneficial role to play in health care when used for the right reasons and with the right partners and guidelines. But when health care systems outsource clinically important services to external companies, there is a real risk that it can lead to patient harm, unhappy staff and higher costs. We believe that outsourcing should be used only when it is the best option for all stakeholders, starting with the patients and staff.