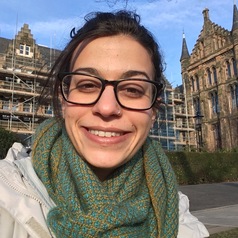 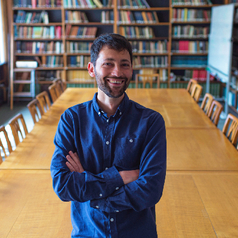 Pandemics past and present have been caused when pathogens – germs that cause disease – move between animals and humans, as SARS-CoV-2 (the virus that causes COVID-19) did when it made its way from bats to people. But not all emerging pathogens have it so easy.

Satellites are a peculiar group of tiny pathogens that hijack unrelated viruses (called their “helpers”) to spread. Satellites are notorious because they can make the disease caused by their helper viruses more severe.

One example is the hepatitis delta virus, better known as hepatitis D or HDV, which is the only satellite known to cause illness in humans. Hepatitis D exploits the hepatitis B virus, to enter and exit cells, and in the process causes the most severe form of viral hepatitis in 20 million people worldwide.

Where hepatitis D came from has long been a mystery. For a long time, it didn’t resemble any other virus known to science. And having an animal origin in the way that SARS-CoV-2 has seemed unlikely because the ancestor satellite would either need to bring along its old helper or switch to a new and unfamiliar helper in humans – either way adding a degree of difficulty that normal viruses don’t have to deal with.

Recently though, virus-prospecting studies have discovered hepatitis D relatives (known as “deltaviruses”) in a diverse range of animals including fish, amphibians and termites. This suggests the possibility that we were wrong and hepatitis D-like satellites could jump between animals more easily than we thought.

Our own recent study discovered new, close animal relatives of hepatitis D by mining virus sequences from thousands of published genetic datasets. This means that, like COVID-19, hepatitis D is a zoonotic disease. The virus passed from animals to humans and then slowly travelled around the world – as hepatitis D can now be found on all continents.

We also found another big surprise. All of the new deltaviruses we found – along with one recently discovered in rats from Panama – came from the Americas. This was unexpected because hepatitis D was previously thought to have originated somewhere in Africa.

Instead, that means the long ago spread of the virus probably kicked off somewhere in the Americas. When this happened is still a mystery, but we think that the arrival of hepatitis B (a compatible human helper for hepatitis D) to the Americas via human migration might have facilitated hepatitis D’s leap into humans.

We still don’t know exactly which animal was the source of hepatitis D since the animal deltaviruses we found were still pretty different. Finding that “missing link” will require testing more animals, but at least we now know that an animal reservoir is out there, somewhere in the Americas.

We also found that deltaviruses had made jumps between non-human mammals. One deltavirus from a lesser dog-like bat from Mexico was most similar to deltaviruses from spiny rats in Panama. Meanwhile, two different deltaviruses were discovered in common vampire bats from Peru that were not closely related to one another or the other bat deltavirus. Multiple non-human mammal jumps show that this host-leaping habit is a rule rather than an exception for deltavirus evolution. 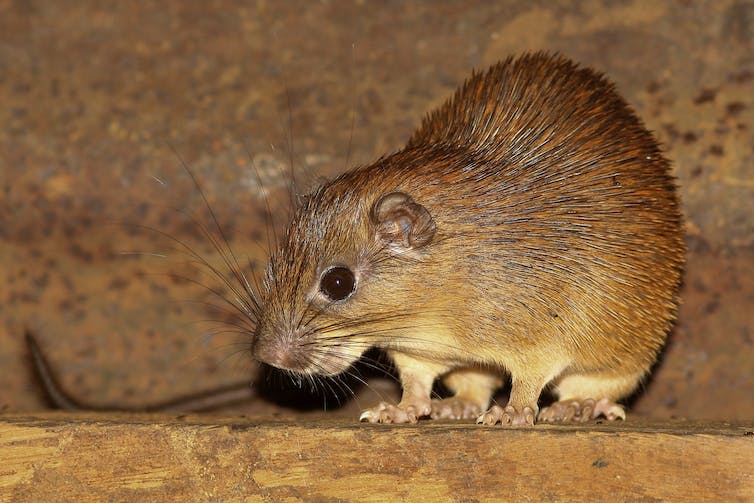 Our searches found that deltavirus-infected animals had plenty of other viruses but nothing that looked like hepatitis B. Along with lab studies showing that hepatitis D may be able to exploit several other human viruses, this suggests that deltaviruses probably jump between helpers as well as hosts. This means that, at least in theory, deltaviruses might alter the severity of many different viruses in many different animals.

Exactly which helpers are used by the new animal-infecting deltaviruses is still a mystery, but viruses related to hepatitis C virus are emerging as strong candidates after being found in bat and rodent hosts along with deltaviruses. Regardless, the absence of hepatitis B-related helpers revealed another piece of the hepatitis D origin puzzle: somewhere along the journey into humans, the forebear of hepatitis D switched helpers, acquiring the modern association with hepatitis B.

Possibly the most intriguing question is whether the new mammal deltaviruses have already made jumps into humans. Deltaviruses were previously very difficult to detect, and if the jump to humans didn’t cause changes in disease severity, they might have gone unnoticed. With their ability to jump between hosts and make disease more severe, we think these tiny agents deserve more of our attention.