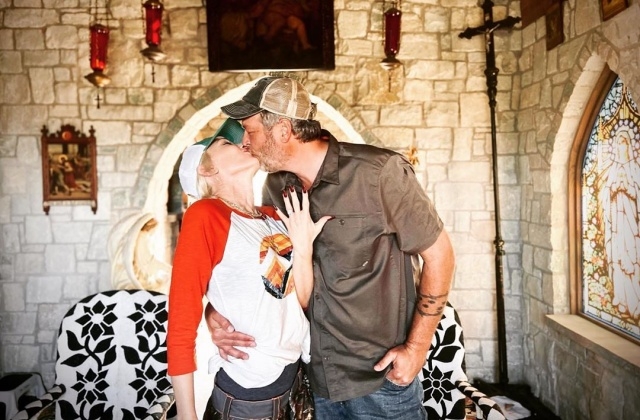 Gwen Stefani and Blake Shelton have long been reported to be getting married or even already married but these reports are all wrong. In fact, the couple just told the world on Oct. 27, that they are finally engaged.

The two announced about their engagement through a simple post on social media. On the “Hollaback Girl” singer’s account, she uploaded a photo of herself with her now fiance, and in it, she was showing off a diamond ring. Gwen Stafani also captioned her update with “Yes please!”

On the other hand, Blake Shelton posted the same picture but his caption was longer and sweeter. “Hey, @gwenstefani thanks for saving my 2020... And the rest of my life. I love you. I heard a YES!” he wrote on Instagram.

The photo itself is also simple. It was not taken in a place with a picturesque background or somewhere fancy. They are not even dressed up like a photoshoot for a magazine, but they were just in their casual clothes with a plain backdrop.

People reported that Gwen Stefani and Blake Shelton were engaged in Oklahoma over the weekend. They have been staying in the country singer’s ranch since the lockdown but they have already moved to their new home in Los Angeles early this month.

While their engagement only happened now, the two singers are already living in for quite some time now. Gwen’s three children with Gavin Rossdale are also with them so there will be no big adjustments once they finally tie the knot.

Gwen Stefani and Blake Shelton started dating in 2015, not long after they divorced their former spouses. They met while appearing on “The Voice” as panel coaches in 2014. Apparently, they developed special feelings for one another after opening about their personal marital issues and divorce.

They bonded while sharing their heartbreaks and in no time, they have become inseparable. Later, they admitted their dating status after rumors about their relationship circulated.

"When you're where she and I were, and you just feel so betrayed and on the bottom, this bond that we formed when we found out what each other were going through, it's still there," Shelton told People in an old interview.