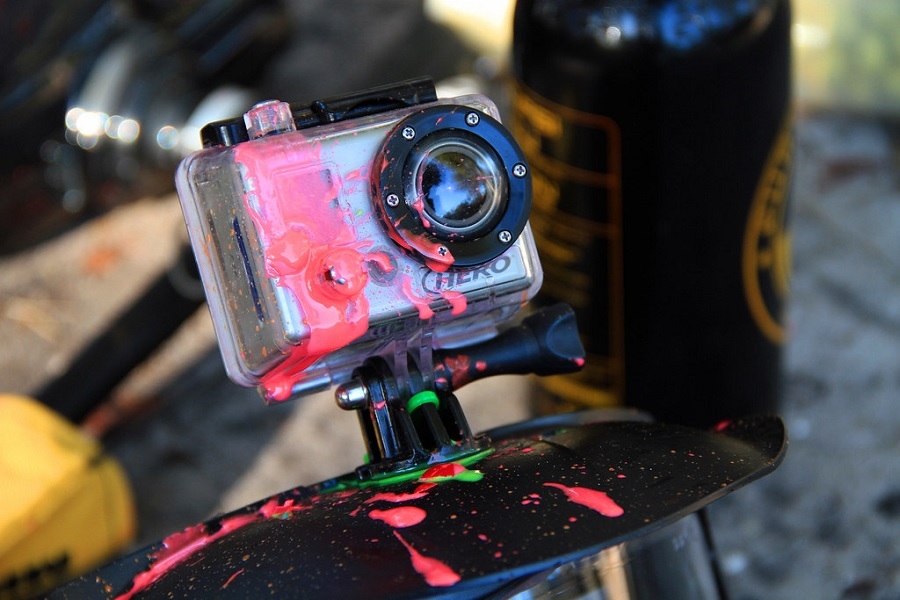 In a few months, action camera enthusiasts could be seeing a new flagship product anticipated to be called the GoPro HERO9. The company has yet to reveal its plans for this year in terms of new hardware, but there are some indications that the next HERO camera might feature a major design revamp.

Avid fans of GoPro’s cameras may have already noticed that the company does not really change the basic form factor of its cameras for several years. Some might be thinking, the HERO8 Black came out last year with some design changes and first-time features, so why would GoPro implement major changes as soon as the release of HERO9?

The answer could be in a leaked Federal Communications Commission filing for an unknown GoPro product with model SPBL1. The documents do not contain revealing information about the potential GoPro HERO9, but Drone DJ caught an interesting detail in GoPro’s demonstration of where the FCC logo will be found in the upcoming camera’s interface.

A screenshot of the possible GoPro HERO9’s screen shows that the menu list has slightly changed with the option “Touch Display” now being called “Displays.” It sparked speculations that GoPro HERO9 could be the company’s first-ever action camera with two displays, possibly including a rear-facing touchscreen and a front-facing viewing display.

If the speculation were true, this would oblige GoPro to implement changes in the design of HERO9. Other than that, GoPro could also preserve some of the new form factor elements that it just introduced last year in HERO8 Black. That included a built-in fold-down mount and making the camera’s body entirely waterproof sans any protective case.

As mentioned, GoPro has yet to say a word about the HERO9. But making the dual-screen feature the standard for its next action camera would not be surprising, especially with its rival DJI already introducing this through the Osmo Action last year.

Fans should not expect GoPro to make any announcements in the coming weeks or the next couple of months. If the history of HERO cameras tells them one thing, it is that GoPro likes to keep its cards hidden until the retail launch of the new HERO camera is just a few weeks away. With that, fans might not see the GoPro HERO9 until September or October.